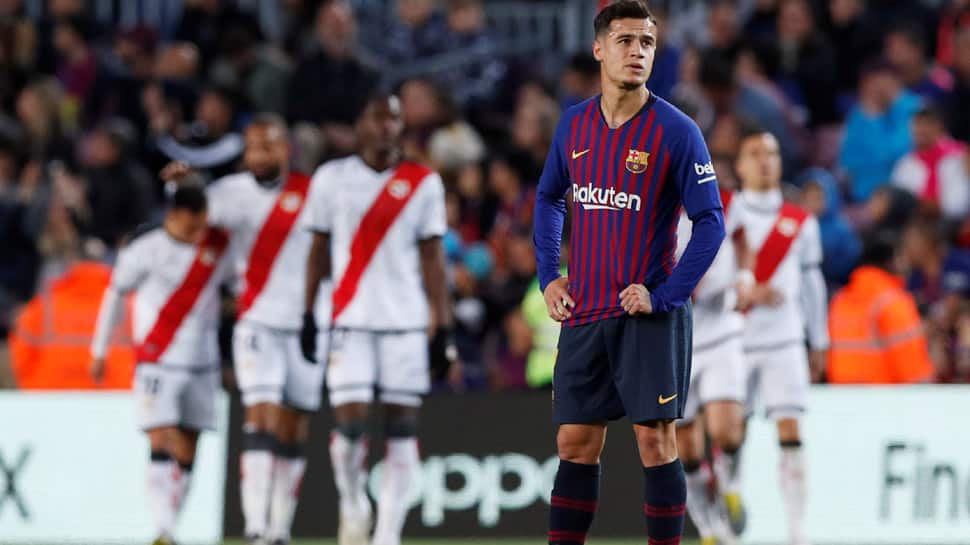 Liverpool coach Jurgen Klopp said he feared the worst when Philippe Coutinho left for Barcelona but congratulated his side for thriving in the Brazilian`s absence as they prepare for a reunion in the Champions League semi-finals.

Yet while the playmaker has struggled to adapt to his new surroundings, Liverpool have soared, taking the Premier League title race with Manchester City to the wire and fighting to reach a second consecutive European Cup final.

"We miss Phil Coutinho a lot because he is a world class player and I loved working together with him but we had to deal without him and we did well," Klopp told a news conference ahead of Wednesday`s first leg at the Nou Camp.

"When I first heard he wanted to go to Barcelona I couldn`t imagine it would be good, but we did well."

Klopp also highlighted the progress his side have made since he took over from Brendan Rodgers in October 2015 and they had to endure two seasons without Champions League football.

He also laughed off a suggestion he could see the semi-final as a distraction from the club`s bid to win a first league title since 1990.

"Not even two years ago it was a big, big thing for the club to qualify for the Champions League. Now for the second time in a row, we are in semi-finals. That is a positive," said the German.

"We don`t come here thinking it`s Barcelona and we go home and concentrate on Newcastle. The competition is too big. Nobody has to think about that game, it would be a massive mistake to play Barca with another game on your mind."

"We want a result tomorrow that gives us a good chance to do it at home."

Klopp said his side would dedicate part of their game plan on shackling Lionel Messi, but also stressed the quality Barca have elsewhere on the pitch.

"It`s not only about Messi but of course it`s about him as well. We should in a lot of moments focus on Messi but if we only concentrate on him there are 10 world class players who can decide the game," he added.

"Messi said before the season we want to bring back that cup. All I can say is we want to go the final as well. If we can show that tomorrow night, that would be good."