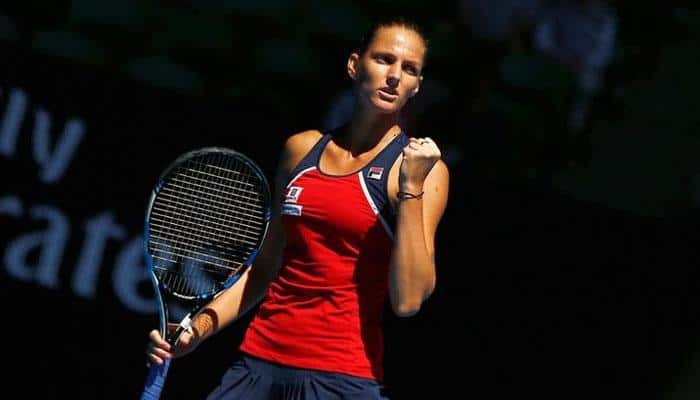 Needing only 24 minutes to win the second set, Pliskova earned two match points on Muguruza`s serve and sealed the win when the out-of-sorts Spaniard smashed a backhand long.

Pliskova will meet the winner of the showdown between top seed Simona Halep and Serena Williams for a place in the semi-finals as she continues her bid for a maiden Grand Slam.

The Czech has been one of a string of top women players in the past decade who have risen to the world number one ranking but failed to cement their spot with Grand Slam success.

She came close in 2016 when she was beaten in the final of the U.S. Open by Angelique Kerber.

The 26-year-old has not surpassed the quarter-finals at a Grand Slam since, but looks in fine touch at her seventh main draw appearance at the Australian Open.

"Of course I don`t play the best tennis always in Grand Slams, but I think I have been doing a good job to go through some matches in the first weeks, which are always pretty tough because of this pressure," Pliskova told reporters.

"It`s not that I`m completely without stress. I think everybody has it, but the pressure here is a little bit bigger. As a seeded (player), I feel I should go far."