After beating Bournemouth 2-0 last week, the victory over Southampton marked the first time Cardiff have won back-to-back games in the Premier League, and Bamba believes his side had a little help from above. 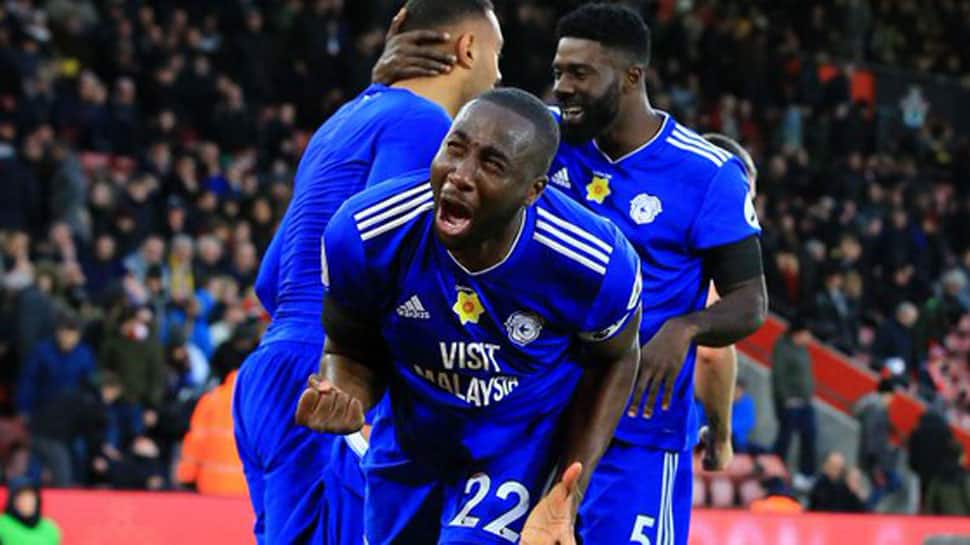 Cardiff City`s Kenneth Zohore struck deep into stoppage time to secure a crucial 2-1 win on Saturday at fellow Premier League strugglers Southampton, who thought they had snatched a point with a 91st-minute equaliser.

Southampton`s Jack Stephens bundled the ball into the net in added time, but Cardiff went back up the other end and substitute Zohore scuffed home a shot to give Cardiff only their second away win of the season.

After a slow start, Southampton upped the tempo in the second half but they were hit by a sucker punch when centre back Sol Bamba pounced, volleying home Callum Paterson`s knockdown from Cardiff`s first corner of the game in the 69th minute.

The win lifted Cardiff out of the relegation zone and into 15th place, while Southampton will slip into the bottom three if Burnley get at least a point in Saturday`s late kickoff against Brighton and Hove Albion.

It was another emotional day for Cardiff following the recovery of the body of striker Emiliano Sala, who died in a plane that crashed taking him to join up with the Welsh club after he signed from French side Nantes.

The game was preceded by a minute`s silence for the 28-year-old Argentine, who was Cardiff`s record signing, and the players of both teams wore black armbands.

After beating Bournemouth 2-0 last week, the victory over Southampton marked the first time Cardiff have won back-to-back games in the Premier League, and Bamba believes his side had a little help from above.

"It can`t get better, scoring the first goal in front of our fans. A lot goes through your mind. I know Emiliano Sala was looking from up there so it`s good to get the three points," he said.

After picking up nine points from the first five league games of 2019, Southampton boss Ralph Hasenhuttl was left to rue his side`s defending.

"If you score an equaliser in added time, you have to take a minimum of one point. It would help us a lot for the mentality, the atmosphere and the feeling for the future," he said.

"What we did now was to roll a big stone in our way, and to remove that will take a lot of time."