Champions City had a late goal from striker Gabriel Jesus ruled out for handball by a VAR review as they drew 2-2 at home to Tottenham Hotspur on Saturday. 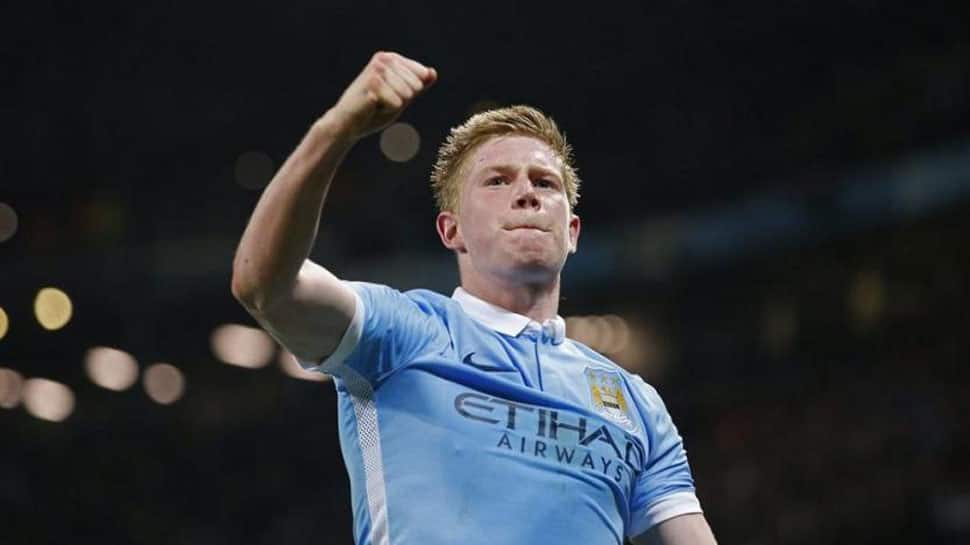 Manchester City midfielder Kevin de Bruyne has no problem with Video Assistant Referees (VAR) in the Premier League but said he was an "old school" player who preferred matches to flow without too many interruptions.

Champions City had a late goal from striker Gabriel Jesus ruled out for handball by a VAR review as they drew 2-2 at home to Tottenham Hotspur on Saturday.

VAR, making its Premier League debut this season, has been used in a number of high-profile competitions in recent months, but has received mixed reviews from players and coaches as well as frustrating fans.

"It feels weird to have the last-minute goal disallowed but we just have to accept it," De Bruyne told the BBC.

"I`m old school. I love the flow of the game and the enthusiasm. But if we want to get the game better, I`m fine with it."

"I have no issue with the rule -- the rule is the rule -- but it should be looked at because that situation is crazy."

Jesus also had a goal disallowed by VAR in last weekend`s 5-0 win over West Ham United and the Brazilian forward expressed his frustration after Saturday`s match in a heated exchange with the on-field officials.

It was all too familiar for City who were knocked out of the Champions League in April by Tottenham when they had a late "goal" from Raheem Sterling, that would have been the winner, ruled out by VAR.

Despite the disappointment of their first league home game without victory in nearly eight months, De Bruyne said City could be pleased with their effort.

"Everybody is proud with the way we performed -- Spurs got two goals but they only had two chances so they were really clinical," the Belgian added.

"To play at this level against a team like Tottenham is really good for the rest of the season."