City wasted no time in getting themselves in front as De Bruyne fired home after 68 seconds, and City`s 17th win in their last 18 league matches never looked in doubt. 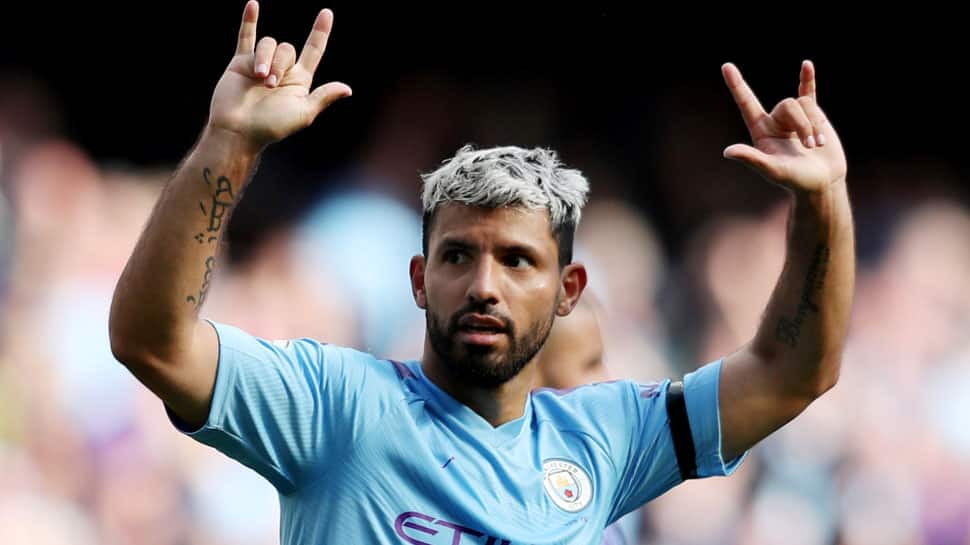 A double from Sergio Aguero, a first of the season for Kevin De Bruyne and another from Bernardo Silva steered Manchester City to a comprehensive 4-0 home win over Brighton & Hove Albion in the Premier League on Saturday.

City wasted no time in getting themselves in front as De Bruyne fired home after 68 seconds, and City`s 17th win in their last 18 league matches never looked in doubt.

There was a worrying sight for City as Aymeric Laporte was carried off on a stretcher after upending Brighton`s Adam Webster and coming off worse, but there was better news to come, as Aguero finished well to make it 2-0 in the 42nd minute.

Brighton had good chances to get themselves back in it either side of the interval, but they were made to pay for their profligacy in ruthless fashion by Aguero, who rifled into the top corner ten minutes into the second half.

Seconds after coming off the bench, Bernardo Silva then rounded off the scoring with City`s 14th goal of the season, on the end of a pass from Aguero.

City coasted to a victory that moves them back to the top of the standings, with Liverpool in action later on Saturday.

"If we analyse the result it was 4-0 but few teams come here to play with this courage like Brighton," City manager Pep Guardiola said.

"Our players up front are incredibly good and they make the difference. Sergio will die scoring goals."

In their final match before the first international break of the season, City immediately clicked into gear with David Silva registering his 86th Premier League assist with a perfect pull back for De Bruyne.

Brighton could not contain City as De Bruyne then fired inches wide, before David Silva should have scored from close range.

With City momentarily looking a little ragged after Laporte`s withdrawal, another fine, flowing move culminated in De Bruyne laying the ball across for Aguero, who took a touch out of his feet before doubling their advantage.

Brighton almost immediately struck back, but Ederson raced from his line to make a fine save to deny Leandro Trossard.

Normal service was resumed in the second half as David Silva again turned provider for Aguero’s sixth goal this season.

David Silva was replaced by Bernardo Silva, whose immediate involvement was to ride a challenge and fire into the bottom corner as City strolled to another three points.

"The boys were full of courage, brave, the effort was there," Brighton manager Graham Potter said. "They just lacked that clinical finishing in the final third."