Barcelona will seek redemption after a disappointing first league match of the season at the San Mames stadium, where it was handed a last-minute 1-0 defeat, reports Efe news. 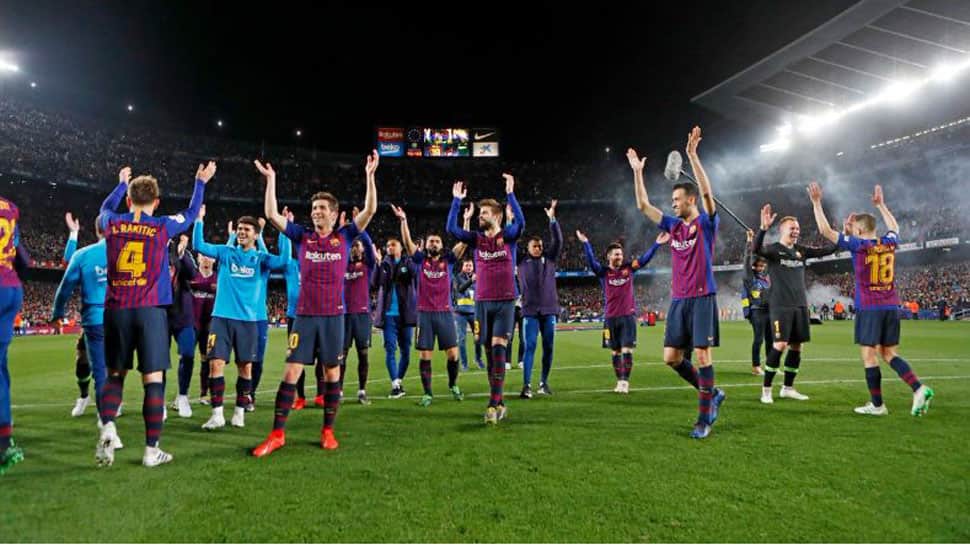 Barcelona will host Real Betis on Sunday with both teams in need of a victory having fallen short in their respective opening La Liga games.

Barcelona will seek redemption after a disappointing first league match of the season at the San Mames stadium, where it was handed a last-minute 1-0 defeat, reports Efe news.

But it will do so with barely any forwards with Uruguay's Luis Suarez and Frenchman Ousmane Dembele on the sidelines due to respective injuries. Thus, the comeback of Argentine star Lionel Messi is much needed.

Having trained normally with his teammates, Messi is expected to get the medical green light and be included in the squad ahead of Sunday's game. The question, however, remains whether or not he will start against Real Betis.

In case he decided to leave Messi on the bench, coach Ernesto Valverde will resort to the Barcelona B team to find a partner to Antoine Griezmann in the front line, awaiting the evolution of Rafinha, who missed Friday's training session with gastroenteritis.

After his experiment did not work out at the San Mames, Valverde is expected to line Sergio Busquets alongside De Jong and Rakitic.

Any other result than a win would add fuel to the fire of the speculation about Neymar returning to the Spanish powerhouse.

Real Betis, meanwhile, will seek to dispel doubt sparked by its 2-1 defeat to Valladolid on its 2019-20 La Liga opener.

Betis led by Joan Francesc Ferrer, best known as Rubi, who was part of the coaching staff of late Tito Vilanova, will aim at repeating the victory achieved at Camp Nou last season when it prevailed 4-3 over the Catalan club.