All three teams have insisted that the decision is sporting, rather than political as tensions continue to rise between the autonomous region and the Madrid central government following an illegal referendum on independence in October 2017. 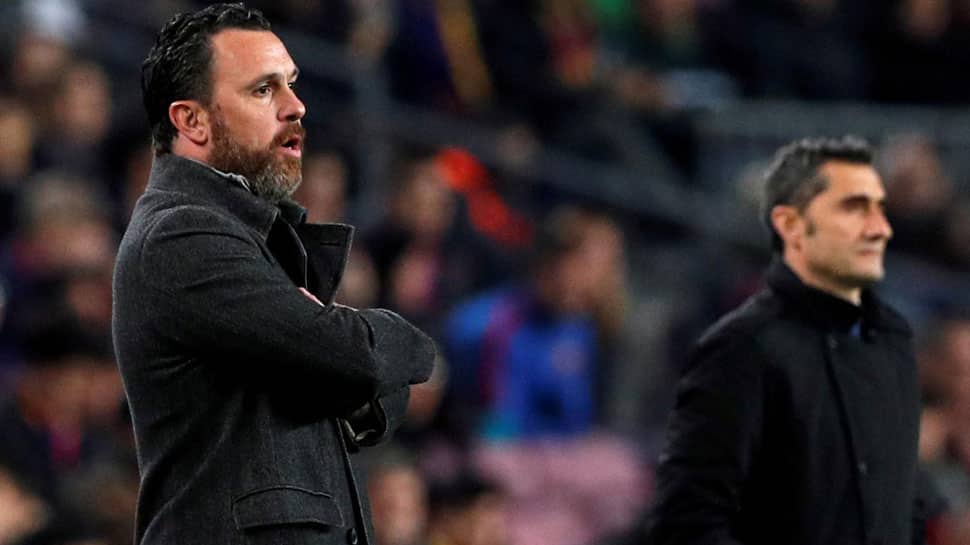 La Liga clubs Rayo Vallecano and Huesca have joined fellow top division strugglers Valladolid in preventing a number of their players from joining up with the Catalonia national football team.

Valladolid manager Sergio Gonzalez was also supposed to join up as part of the coaching staff.

However, the club, 16th in the league standings, took the decision to block Ruben Alcaraz and Jordi Masip from joining up with the national side, who are not recognised by either FIFA nor UEFA, ahead of a friendly with Venezuela next Monday.

All three teams have insisted that the decision is sporting, rather than political as tensions continue to rise between the autonomous region and the Madrid central government following an illegal referendum on independence in October 2017.

A Valladolid statement read: "The club respects the Catalonian Federation but is putting their sporting interests first heading into a decisive part of the season and we want to avoid any possible injury risks with our footballers."

Fellow strugglers Huesca and Rayo, who sit bottom and second bottom respectively, both said in statements on Wednesday that Alberto Garcia, Alex Moreno, Enric Gallego and Alex Gallar will also not join up with Catalonia, citing potential injury worries.

Catalonia coach Gerard Moreno admitted he was disappointed but accepted the decisions taken by the players` clubs.

"It`s not hurt me, we had permission to play this game but we just need to accept the decisions of the clubs," he said. "I think the lads really wanted to come and play, that`s normal, but I accept what the clubs have said, everyone has their motives."

Former Spain internationals Gerard Pique, who stepped down from national team duty after last year`s World Cup, and Xavi Hernandez will represent the region in which they were born.

Other familiar names in the squad include Stoke City`s Bojan Krkic, Oriol Romeu of Southampton and Marc Bartra of Real Betis.