Fernandez saved a penalty from Roger Marti but the kick was ordered to be re-taken after a VAR review showed Fernandez had both feet off the line when the striker took the shot. 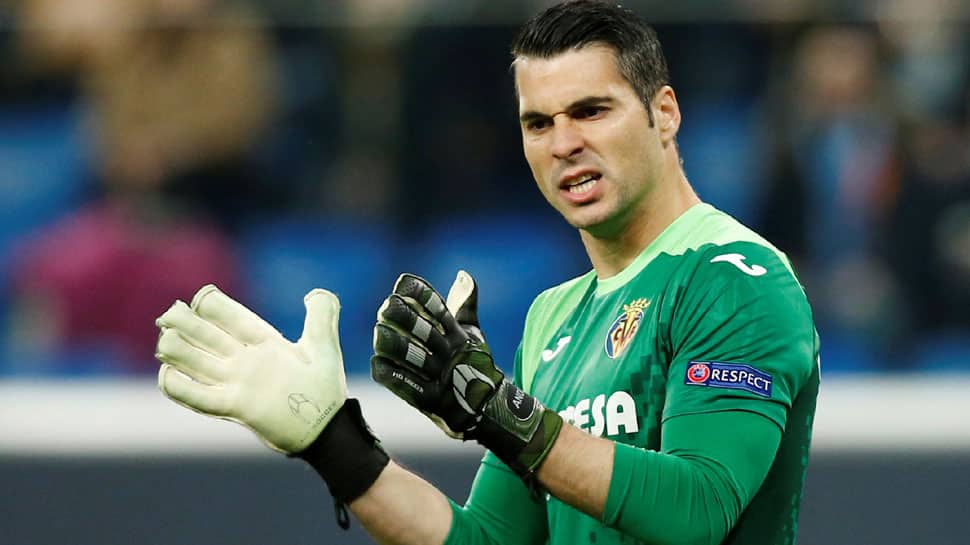 Villarreal`s Andres Fernandez has raged against the rule prohibiting goalkeepers from coming off their lines while facing penalties after his side were beaten 2-1 at Levante on Friday in La Liga.

Fernandez saved a penalty from Roger Marti but the kick was ordered to be re-taken after a VAR review showed Fernandez had both feet off the line when the striker took the shot.

It was the first time in La Liga that a penalty was ordered to be re-taken after a VAR review, and Marti scored at the second attempt from the spot to cancel out Gerard Moreno`s opener in the 68th minute.

The technology was controversially used to order a penalty re-take in the Women`s World Cup earlier this year in a 3-3 draw between Scotland and Argentina which led to Scotland being eliminated.

Fernandez was shown a yellow card for coming off his line and then gave away a second penalty a few minutes later for tangling with Marti, who scored again to give Levante a victory they barely deserved.

"The person who created this rule has never been a goalkeeper, it`s impossible to keep your feet on the line and dive to save a penalty," Fernandez told reporters.

"I feel indignant. In the second penalty, Roger pushed me and the referee didn`t want to revise the play. I don`t understand what criteria is being followed with VAR."

Villarreal coach Javi Calleja backed his goalkeeper and complained about the disruptions that have been brought to the game by the introduction of VAR, which has been in use in Spain since last season.

"I understand there is a rule but if it`s like it was today we`re going to have to re-take thousands of penalties," he said.

"If we are going to be stopping the game all the time to look at replays we`re going to ruin football."

Borussia Dortmund impressed by the growth of ISL and Indian football