Isco will also miss his upcoming international duty as Spain is set to continue its Euro 2020 qualification run, first on road against Romania on September 5 and then hosting the Faroe Islands three days later. 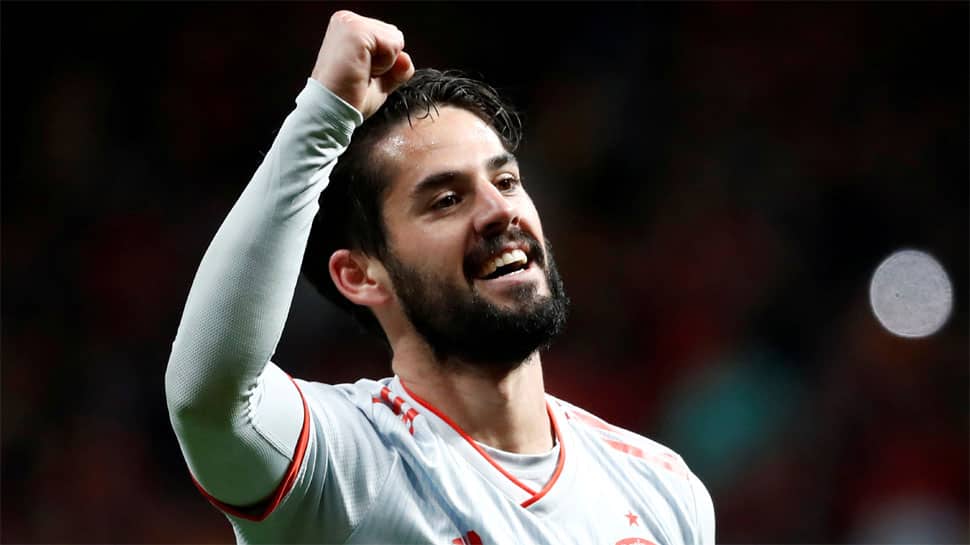 Real Madrid's Spanish playmaker Isco Alarcon will be on the sidelines with a muscle injury, the club said on Wednesday.

"Isco has been diagnosed with a muscular injury in the right femoral biceps. His recovery will continue to be monitored," Spanish powerhouse Real Madrid said in a statement.

The 27-year-old Spain international sustained the injury during Madrid's team practice earlier in the day, as coach Zinedine Zidane's squad is getting ready for the upcoming La Liga clash at Villarreal, which Isco will miss, Efe news reported.

Isco will also miss his upcoming international duty as Spain is set to continue its Euro 2020 qualification run, first on road against Romania on September 5 and then hosting the Faroe Islands three days later.

Isco's injury became the 10th setback, six of which have been muscle issues, which have plagued Madrid since the pre-season preparations around 50 days ago, including that of goalkeeper Thibaut Courtois and new arrivals Luka Jovic and Ferland Mendy.

In related news, French center-back Raphael Varane did not train with his teammates during Wednesday's second session as he worked out alone inside the gym, the Spanish club said.

Villarreal will host Real Madrid at the Estadio de la Ceramica on Sunday. Madrid are currently in the third spot with four points, having bagged one win and a draw, while Villarreal are in the 13th position with a single point.