Getafe, who have never played in the Champions League, clung on to the fourth spot but are level on 55 points with Sevilla, who thrashed Rayo Vallecano 5-0 earlier on Thursday. 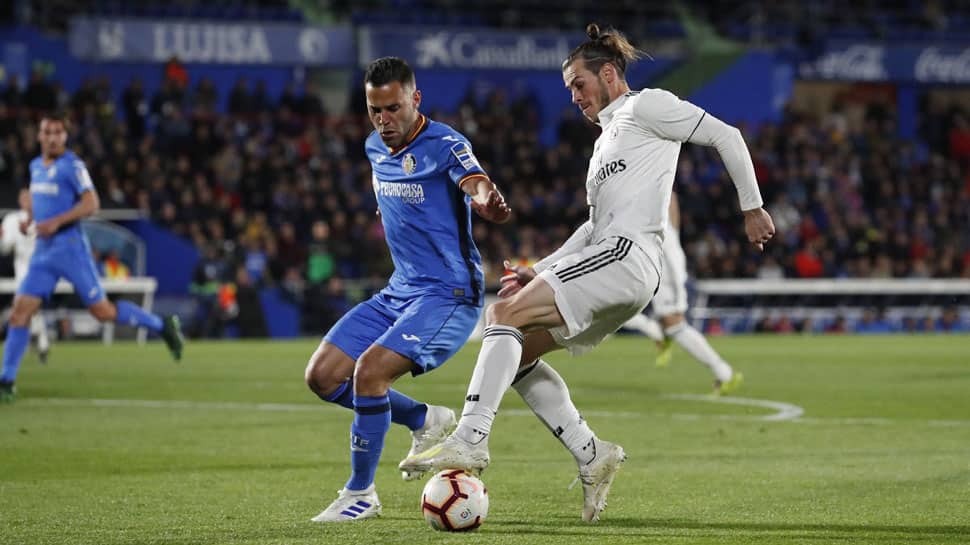 Real Madrid dropped points for the third time in seven games since Zinedine Zidane`s return as they were held to a 0-0 draw away to Getafe in La Liga on Thursday, which harmed their neighbours` hopes of a top-four finish.

The draw left third-placed Real an embarrassing 15 points behind runaway leaders Barcelona and six back from second-placed Atletico Madrid after 34 games.

Getafe, who have never played in the Champions League, clung on to the fourth spot but are level on 55 points with Sevilla, who thrashed Rayo Vallecano 5-0 earlier on Thursday.

Zidane again made several changes to his side as he prepares to shake up the squad ahead of next season after a woeful campaign on all fronts, starting without Marcelo, Luka Modric, Toni Kroos and Marco Asensio

Teenager Brahim Diaz was Real`s liveliest performer in what was another underwhelming performance from the deposed European champions, who needed goalkeeper Keylor Navas to make an impressive double save to thwart Jaime Mata in the second half.

Getafe had a half-hearted penalty appeal waved away late in the game when Mata went down after a challenge from Dani Carvajal in an end-to-end finish to what was a scrappy encounter with few clear chances.