Lyon are third on 37 points from 21 games, three points behind Lille after the northerners beat Amiens 2-1 on Friday. 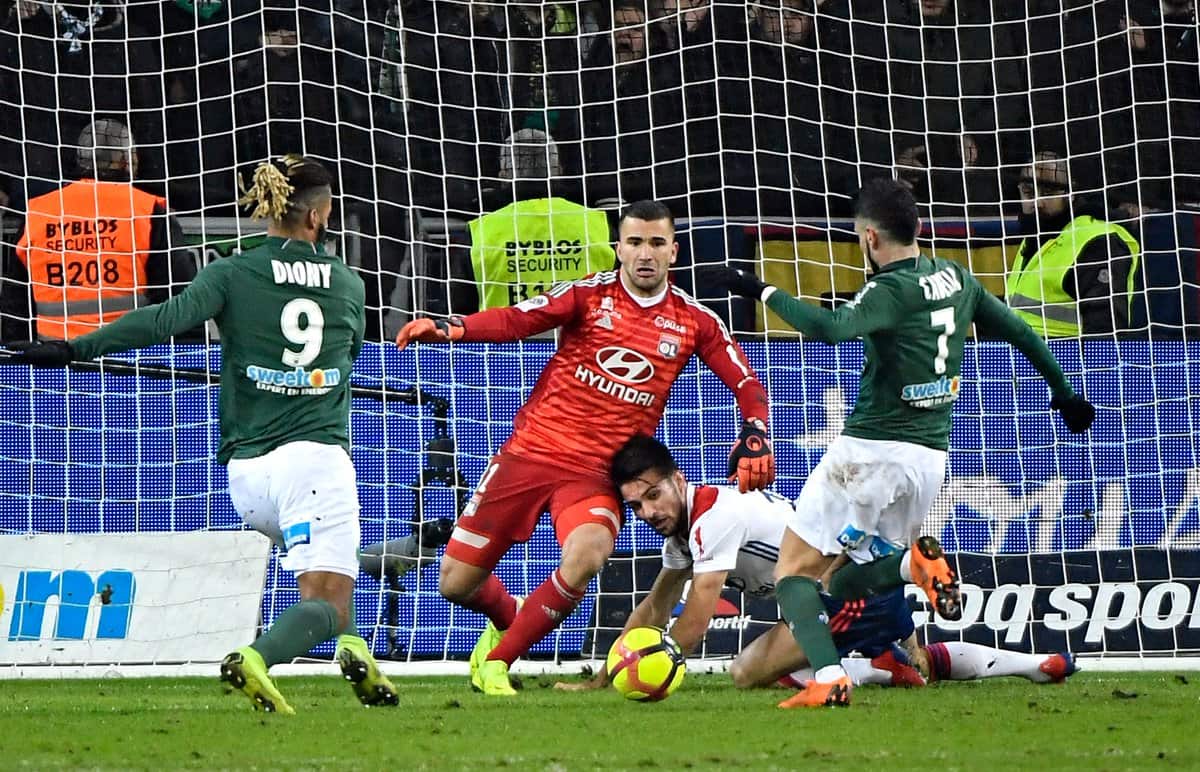 Second-half substitute Dembele found the back of the net five minutes into stoppage time to give OL all three points after Nabil Fekir`s second-half penalty had cancelled out Romain Hamouma`s opener for Les Verts.

Lyon are third on 37 points from 21 games, three points behind Lille after the northerners beat Amiens 2-1 on Friday. St Etienne drop down to fourth on 36 points.

Runaway leaders Paris St Germain, who have two games in hand, have 53 points after destroying En Avant Guingamp 9-0 on Saturday.

Hamouma headed home from point-blank range from Gabriel Silva`s cross in the 21st minute for his second league goal this season, rewarding St Etienne for their early domination.

Kevin Monnet-Pacquet had a chance to double the tally three minutes from the interval with a fine 20-metre shot, only for Anthony Lopes to pull a superb save and make sure Lyon stayed afloat.

St Etienne failed to capitalise and Lyon equalised in the 65th minute, Fekir converting a penalty after a Loic Perrin handball in the area.

The visitors dominated the closing stages and Dembele beat Stephane Ruffier with a timely header shortly before the final whistle.

Olympique de Marseille ended a nine-game winless streak in all competitions when Morgan Sanson`s 47th-minute strike earned them a 1-0 win at Caen.

The home side finished the game with 10 men after Frederic Guilbert was sent off six minutes into the second half, allowing seventh-placed OM to control the rest of the match.

Rudy Garcia`s side have 31 points from 20 games.

Marseille lost France international Dimitri Payet after 25 minutes when he left the pitch with an injury.