The ex-Barcelona captain, who won three Champions League titles, praised the 31-year old for improving `in every way`. 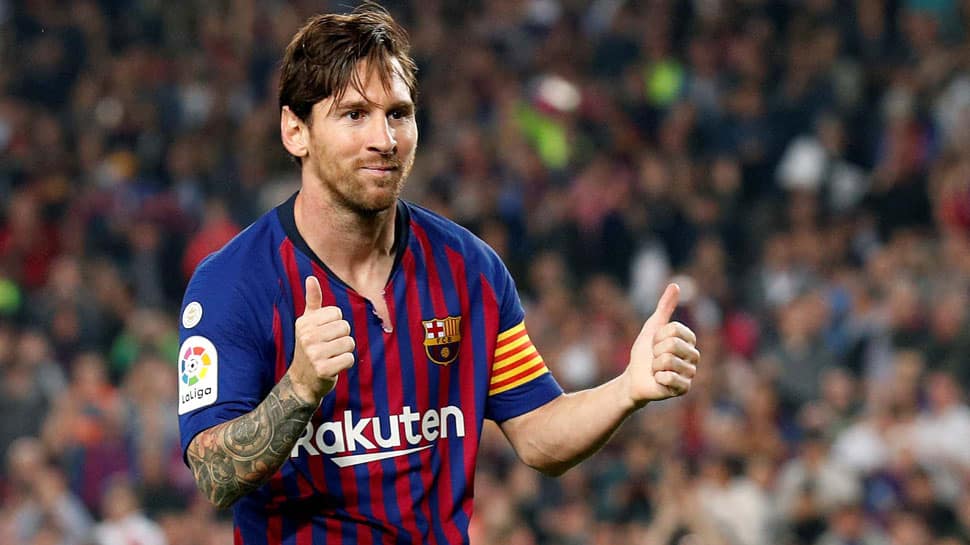 Former Barcelona captain Carles Puyol on Saturday said that Lionel Messi is the best player in the history of football.

"He is playing at an incredible level. For me, he is the best player ever in the history of the game," Goal.com quoted Puyol as saying.

The ex-Barcelona captain, who won three Champions League titles, praised the 31-year old for improving `in every way`.

"Season after season, his game has evolved, all the things he does now. You can see he`s improving every year with new attributes brought to his game," Puyol added.

"He has improved in every way and he is taking a step forward on a personal level. He has always been a leader on the field but now, you can see that he is a leader on and off the pitch," he said.

Barcelona entered the Champions League semi-finals as they defeated Manchester United in the quarter-finals with Messi scoring twice in the second leg at Camp Nou.

Messi is also the top scorer in the competition with ten goals.

Interestingly, in La Liga as well, Messi has the highest number of goals, 33, helping his side, Barcelona top the points table with 74 points, nine points ahead of the second-placed Atletico Madrid.