Lionel Messi lobbies for Gonzalo Higuain return to Argentina side

Although Higuain is a regular scorer at club level, he has rarely reproduced that same form on the international stage, particularly in big matches. 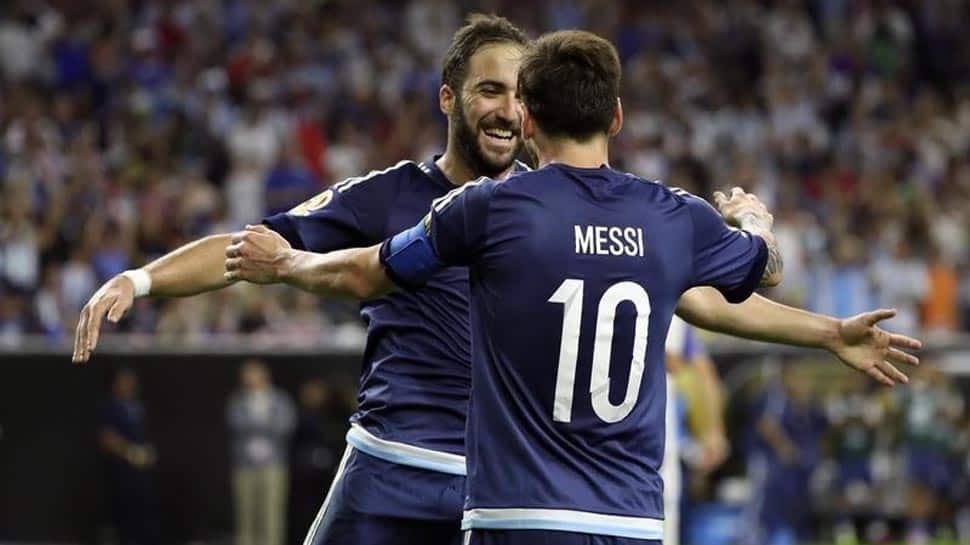 Buenos Aires: Lionel Messi has given his backing to out-of-favour Argentina team mate Gonzalo Higuain and said the Juventus forward should be recalled to the national side in time for next year`s World Cup finals.

Although coach Jorge Sampaoli selected him in his first game in charge in June, he has left him out of all seven matches since.

But Messi believes he should be recalled in time for the World Cup in Russia. "He has to be there because he is key. He is one of the best strikers in the world and he has shown that every week at Juventus," the Barcelona player told Argentina broadcaster TyC on Wednesday.

Although Higuain is a regular scorer at club level, he has rarely reproduced that same form on the international stage, particularly in big matches.

But Messi believes the enforced layoff has had a positive effect on the striker, who turns 30 on Sunday.

"I think this time away from the national side has done him good and judging by the times we spoke, it has made him see things differently," Messi said.

Argentina, who have not won a major international trophy since lifting the Copa America in 1993, were last week drawn in Group D for next year’s World Cup finals in Russia, alongside Nigeria, Croatia and Iceland.