It is unclear whether Messi, the all-time top scorer in Spanish football as well as in the `Clasico`, will be fit for the game after ending Barca`s 2-2 draw with Valencia on Saturday with a knock. 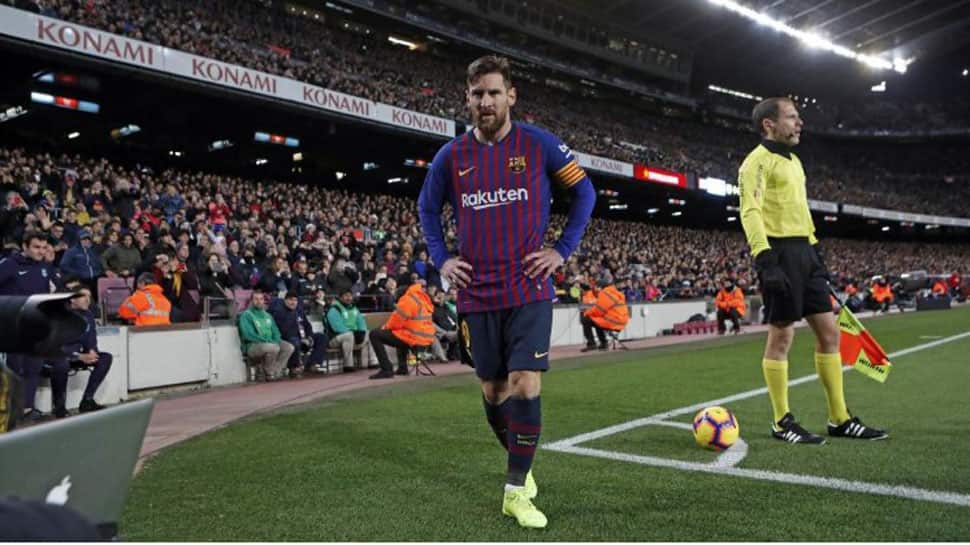 Real Madrid manager Santiago Solari hopes that Barcelona captain Lionel Messi is fit to face his side in Wednesday`s Copa del Rey semi-final first leg for the good of the game - but he added that the Argentine`s presence would not affect his game plan.

It is unclear whether Messi, the all-time top scorer in Spanish football as well as in the `Clasico`, will be fit for the game after ending Barca`s 2-2 draw with Valencia on Saturday with a knock.

His club have not given an injury update on him.

"It`s always good when the best players get to play every game, but whether or not he plays will not influence the way we prepare for the game at all," Solari told a news conference on Tuesday.

Messi was out with a broken arm the last time Spain`s two biggest clubs met, back in October. But Barca barely missed their talismanic forward, thrashing Real 5-1 in what proved to be Julen Lopetegui`s last game in charge before Solari took over.

Real, who are third in the La Liga standings but cut their gap behind leaders Barca to eight points after beating Alaves on Sunday, are looking to end Barcelona`s run of four consecutive Copa del Rey triumphs and reach the final of the competition for the first time since 2014, when they beat the Catalans 2-1.

Barcelona`s French forward Ousmane Dembele is unlikely to be fit for the game, as he is still recovering from a hamstring injury.

Solari meanwhile has practically a full squad at his disposal, with only little-used defender Jesus Vallejo unavailable.

"It`s harder to pick a team when everyone is available, but the important thing is that every player puts their talent, ability and effort at the service of the team," added the coach.