Barcelona conceded two early chances in Tuesday`s second leg before Messi set them on their way to a comfortable 3-0 victory with two quick-fire strikes with Philippe Coutinho scoring to make it 4-0 on aggregate. 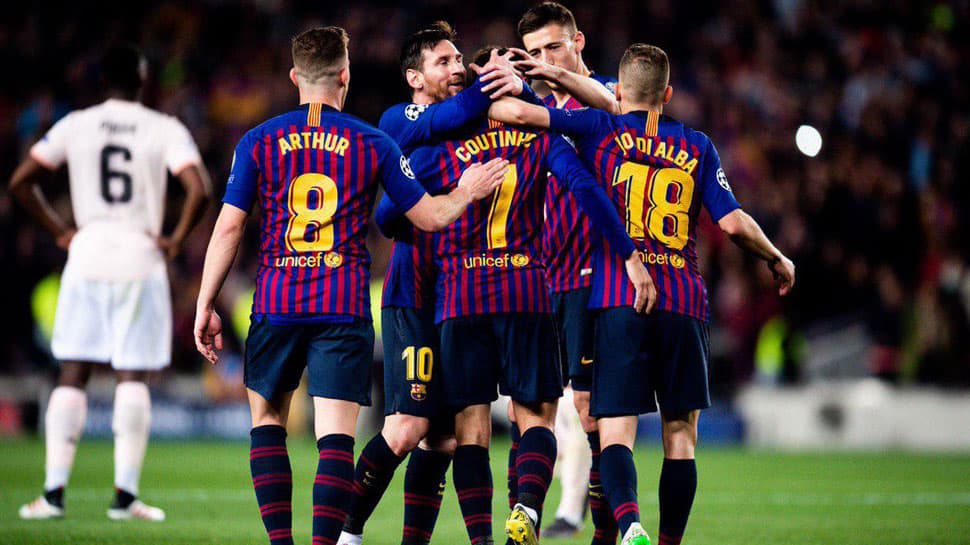 There was a huge sense of relief in Barcelona after brushing aside their recent Champions League quarter-final failures by beating Manchester United, but Lionel Messi still criticised his side`s shaky start to the game.

Barcelona conceded two early chances in Tuesday`s second leg before Messi set them on their way to a comfortable 3-0 victory with two quick-fire strikes with Philippe Coutinho scoring to make it 4-0 on aggregate.

United forward Marcus Rashford rattled the bar in the second minute and then hit a tame shot at goalkeeper Marc-Andre ter Stegen, while Scott McTominay burst into the area but lost control of the ball before he could shoot.

Barca had suffered a humiliating quarter-final exit at AS Roma last year after conceding early goals and Messi urged his team mates to show more concentration in their next European outing, warning that other sides might not be so forgiving.

That message is even more pertinent as Barca`s semi-final opponents are likely to be Liverpool, who hold a 2-0 lead in their quarter-final tie with Porto and have a reputation for overwhelming teams early on.

"We cannot start like this in any Champions League game," Messi told reporters.

"We said that from the start, we had the experience of Roma, you can`t afford to make life hard for yourself because one mistake can knock you out of this competition. We have to be aware of that."

"We have become much more solid, over the season we struggled a little bit at the back but the whole team is making a huge effort and that makes it far harder for opponents to attack us," Messi added.

"We had been three years without making the semi-finals but we didn`t have any negative feelings. We knew we had a good scoreline, we`re happy to be in the semis but we must continue."

Barca have not won Europe`s biggest prize since 2015 despite dominating the domestic scene in Spain and have had to look on enviously as arch-rivals Real Madrid romped to three consecutive Champions League triumphs.

But there is now a sense in the Spanish media that everything is falling into place for Barca to reach the final at Atletico Madrid`s Wanda Metropolitano stadium in the Spanish capital on June 1.

"This is the year," proclaimed Barcelona-based newspaper Sport, while Marca said "Messi flies towards the Wanda".