The result kept Liverpool top of the Premier League on 69 points, just ahead of Manchester City on 68 points after the champion's 1-0 win over West Ham on Wednesday. 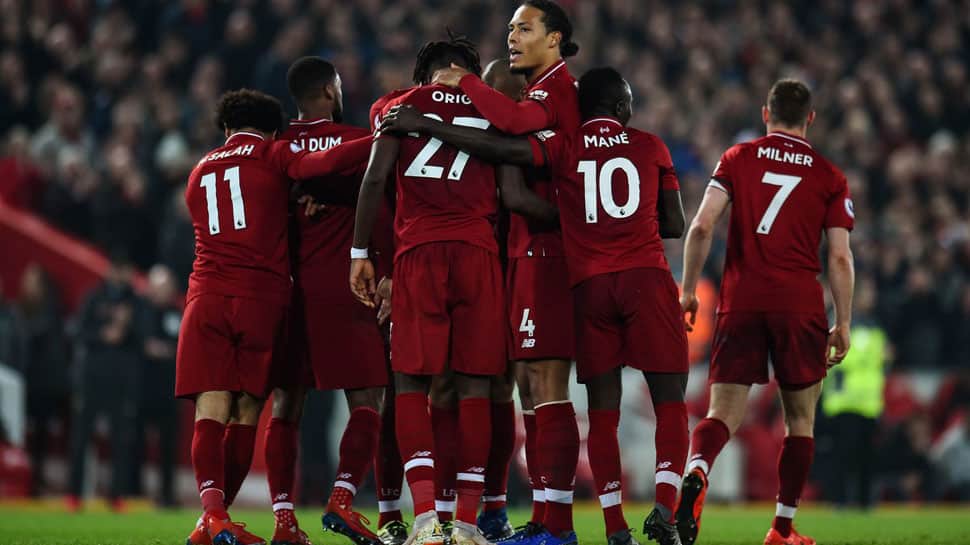 Liverpool rediscovered their swagger and stayed top of the Premier League with a thrilling 5-0 win over Watford, that was powered by two goals apiece from Sadio Mane and Virgil van Dijk on Wednesday.

Senegalese striker Mane, leapt between defenders to head a close-range ninth minute goal after a sumptuous cross from Liverpool's marauding right-back Trent Alexander-Arnold, who provided three assists on the night.

In the 20th minute, Mane received another pass in the box from Alexander-Arnold, first appearing to lose control of the ball before cheekily back-heeling it into the net past Watford keeper Ben Foster.

Belgian forward Divock Origi made it 3-0 in the 66th minute, cutting into the box from the left wing before firing past Foster at his near post. Dutch defender van Dijk headed in the fourth and fifth goals late on as Watford were swept aside.

Liverpool, who had failed to score in their last two games against Bayern Munich in the Champions League and Manchester United in the Premier League, could have bagged even more as Egyptian striker Mohamed Salah also ran Watford ragged.

The result kept Liverpool top of the Premier League on 69 points, just ahead of Manchester City on 68 points after the champion's 1-0 win over West Ham on Wednesday.

Manager Jurgen Klopp looked delighted that his team, who had drawn three out of their last four league games to allow City back into the race, had found their fluency and intensity again against the Hornets.