A change to the midfield was expected but many might have expected Swiss international Xherdan Shaqiri to be included rather than the 30-year-old Lallana, whose career has been hampered by injuries. 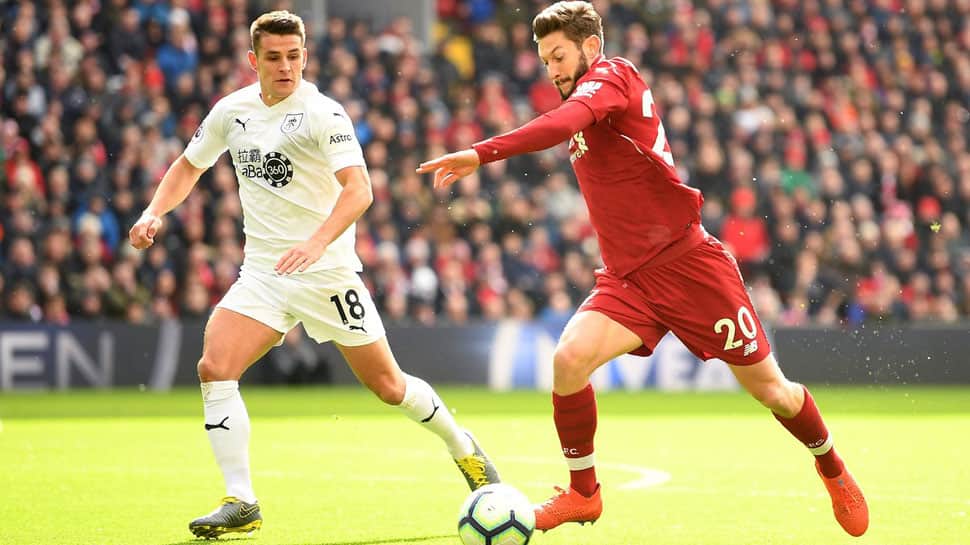 When Jurgen Klopp`s team selection was announced before Sunday`s 4-2 Premier League win over Burnley, Liverpool fans could have been forgiven for feeling a little puzzled.

The team had failed to score in three of their last four matches, including the goalless draw with Everton in last week`s Merseyside derby where Klopp`s decision to bring on Adam Lallana in the final stages was criticised by pundits and supporters.

A change to the midfield was expected but many might have expected Swiss international Xherdan Shaqiri to be included rather than the 30-year-old Lallana, whose career has been hampered by injuries.

Klopp`s choice, though, was amply justified by Lallana`s lively performance on Sunday in just his eighth start since May 2017.

The Liverpool boss said he had made it clear to his players that a good showing in training could earn them a place in the starting line-up and that Lallana had responded.

"It’s important that the boys know it and Adam used that. Not only Adam, but him especially, so in the end, it was clear that if he could play like he trained then he would help us a lot and that’s exactly how it happened today," he said.

Lallana, a Brendan Rodgers signing, played a key role in establishing Klopp`s pressing and counter-pressing style at the club and the German was delighted to see the attacking midfielder`s block contribute to the team`s second goal.

"It was a game-changer. It was a brilliant thing at that moment –- it didn’t look really promising until Adam jumped in that situation. So well done, he deserves all the praise for today. I’m really happy for him," Klopp said.

A series of injuries have limited Lallana`s involvement but there is no doubt that his left-foot and ability to deliver an incisive pass to the front three can be a factor in a tight run-in.

"It has been a difficult 18 months to two years for me with injuries but hopefully that’s behind me now,” Lallana said.

"I just want to keep working hard and contribute to what will be an exciting end to the season."

The win ensured Liverpool kept pace with leaders Manchester City who have a one-point advantage.

“All we’ve got to do is concentrate on ourselves and win games. City won yesterday, so it was our job today to put in a professional performance," Lallana added.