Mignolet was part of the Liverpool squad that claimed the Champions League crown last season and the 31-year-old ends a six-year spell at Anfield in which he made more than 200 appearances in all competitions. 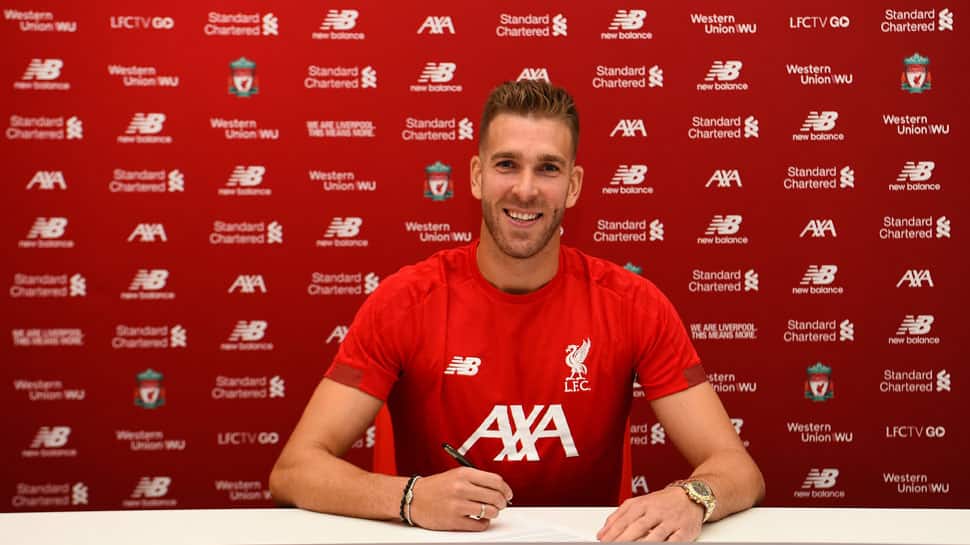 Mignolet was part of the Liverpool squad that claimed the Champions League crown last season and the 31-year-old ends a six-year spell at Anfield in which he made more than 200 appearances in all competitions.

The 32-year-old Adrian, who left West Ham at the end of last season, will compete with first-choice keeper Alisson for a starting spot.

"I`m very ambitious, I come here to try to win everything, to try to push Ali from the first minute and to make us better," Spaniard Adrian said in a statement on the club`s website.

"Obviously, I want to win titles. I come here to fight for all the competitions... I`m looking forward to playing my first game at Anfield and to win as many games as we can."

After 22 appearances in all competitions during the 2017-18 campaign, Mignolet was restricted to two games last season having fallen behind Brazilian Alisson in the pecking order.

Bruges announced on Sunday that the Belgium international had agreed a five-year deal, while British media said the transfer fee was about 7 million pounds ($8.51 million).

Mignolet began his career at Belgian side STVV and switched to Sunderland in 2010 before joining Liverpool three years later.

Liverpool begin the new league campaign with a home match against promoted Norwich City on Friday.