Defender Virgil van Dijk rose high to head home in their 3-1 win at Bayern Munich on Wednesday as the Merseyside club reached the Champions League quarter-finals. 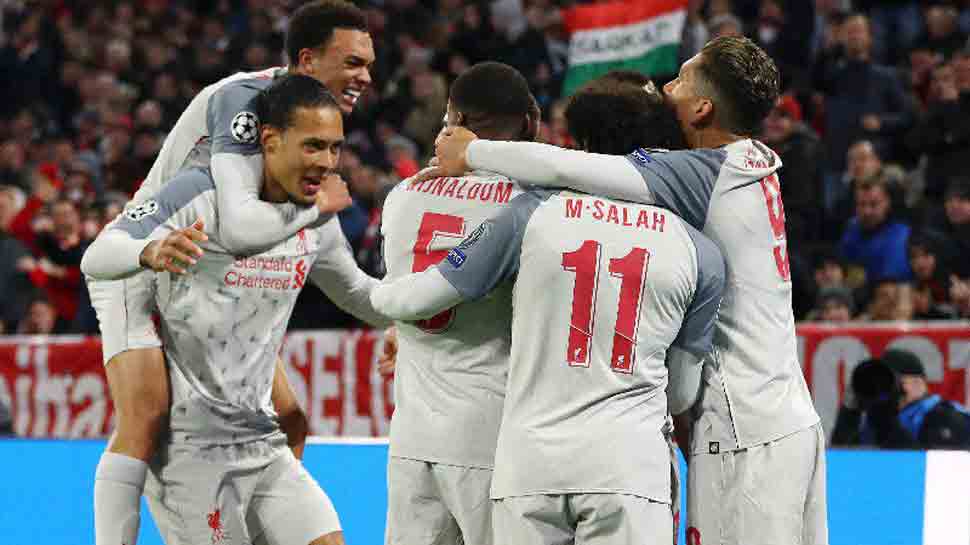 Liverpool`s goalscoring threat from set-pieces in recent weeks has added an extra dimension to their blistering attack and boosted their confidence in the chase for Premier League and European glory, midfielder Georginio Wijnaldum has said.

Defender Virgil van Dijk rose high to head home in their 3-1 win at Bayern Munich on Wednesday as the Merseyside club reached the Champions League quarter-finals.

It was the towering Dutchman`s third goal from four games in all competitions and Wijnaldum said his compatriot`s goals were important contributions to ease the burden on the front three comprising of Mohamed Salah, Roberto Firmino and Sadio Mane.

"We can score from set-pieces, from good football, from counter-attacks. We have all different kinds of qualities that can help us score goals," Wijnaldum told the club`s website.

"It gives more confidence to the team because it gives us more opportunities to score. In the last few games, we`ve scored a lot with set-pieces – and Virgil is a happy man because he`s scored a few."

"It`s really important and it helps the team, but it doesn`t matter who scores or who plays good, it`s just good if someone scores. It`s always good if more players can score other than the front three to help the team."

Second-placed Liverpool, who are chasing their first English title in 29 years, can go top of the league above champions Manchester City with a win over strugglers Fulham on Sunday.

Heurelho Gomes dreams of Wembley after bidding farewell to Watford