Henderson has been deployed mainly as a defensive midfielder to shield the back four since Jurgen Klopp took charge of the club, but the 28-year-old has impressed since switching to the right of Liverpool`s midfield trio. 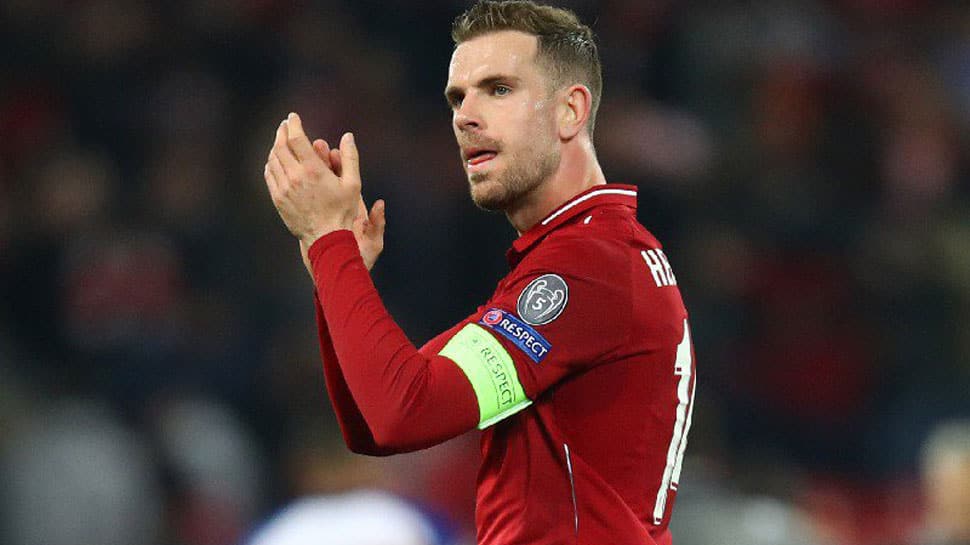 Liverpool skipper Jordan Henderson said his return to a more advanced midfield position had been made easier by Fabinho`s natural ability in a deep-lying role.

Henderson has been deployed mainly as a defensive midfielder to shield the back four since Jurgen Klopp took charge of the club, but the 28-year-old has impressed since switching to the right of Liverpool`s midfield trio.

He came off the bench to score the final goal in their 3-1 Premier League victory over Southampton last week and helped to create the second goal in their 2-0 Champions League quarter-final first-leg win over Porto on Tuesday.

"Previously when I played at number six, we didn`t have a defensive midfielder," Henderson told Sky Sports.

"Now we do, with the likes of Fabinho, who I`d say is a natural six. You can see he`s played there for a long time, who`s suited in that role."

"That`s the reason why I think the manager now feels I can play slightly more advanced and in the last couple of games he`s given me that opportunity."

However, Henderson said he was willing to curb his attacking instincts if the team needed him to during the home stretch of the season as Liverpool look to end a 29-year drought for an English league title.

Liverpool, who lead the table by two points having played one game more than second-placed Manchester City, host third-placed Chelsea on Sunday.

"It`s totally about the team, and whatever the manager thinks is best and needs in certain games we`ll just try to do it on game day," Henderson said.

"It`s been good to have contributed in the last couple of games of course but it`s about winning more importantly."