Solskjaer`s next job is to lead the side - this time as manager - back into Champions League action against Paris St Germain on Tuesday. 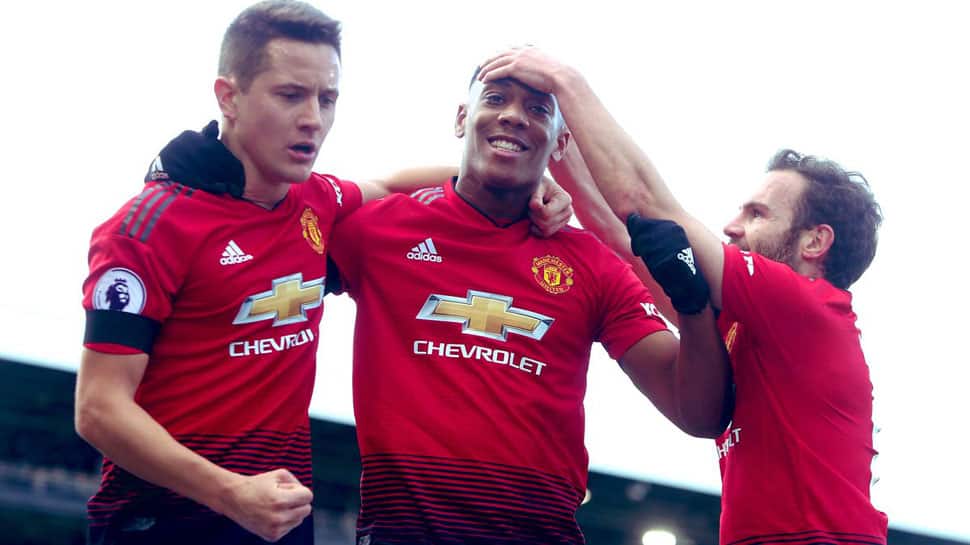 Ole Gunnar Solskjaer seems keen to keep expectations under control as his dream start as Manchester United`s caretaker boss rolls on, but now and then he cannot help but show his deserved satisfaction.

After sweeping Fulham aside with a 3-0 win at Craven Cottage on Saturday for their 10th win in 11 matches under the Norwegian, he found it hard not to praise his team to the skies.
Fulham, he said, had given his side a few scares in the opening 10 minutes - but then United took control.

"I thought we were fantastic for the last 80 minutes," he told reporters.

While he felt that speculation of a run for the title was overblown, he said United could still have some influence over who wins the league.

"It`s too far, the teams ahead. But we`ve got Liverpool, we`ve got (Manchester) City (still to play), so we might have a say in what`s happening at the top of the table," he said.

"We`ve just got to concentrate on ourselves, we can`t really control anything that other teams can do."

Solskjaer said he had met United owner Avram Glazer after the game, but he wouldn`t be drawn on whether they would have any further meetings to discuss his future at the club.

"I just spoke to him outside here. He came to the dressing room. Of course, we`re all happy after winning the game."

"Who I meet and when I meet people is not really up to me to tell," he said.

He was also keen to emphasise that United`s revived fortunes since he took over in December from Jose Mourinho were about the whole club`s work and not just his own influence.

"It`s not me making a difference to the club. It`s the whole team, it`s us together. We`ve done really well in the 11 games we`ve played, but that`s down to the team effort," he said.

"It`s never about one person when the team is winning games of football."

Solskjaer`s next job is to lead the side - this time as manager - back into Champions League action against Paris St Germain on Tuesday.

Asked if it was the biggest challenge of his managerial career so far, he answered with an equal mix of caution and enthusiasm.

"It`s the next (game) so it`s the biggest one - the next one is always the biggest one. But of course, to be in the Champions League with Man United, you cannot knock that. It`s something I`m looking forward to."