After a slow start, United took the lead in the 28th minute when Luke Shaw played a delightful through ball into the path of Rashford who clipped it past advancing Watford keeper Ben Foster. 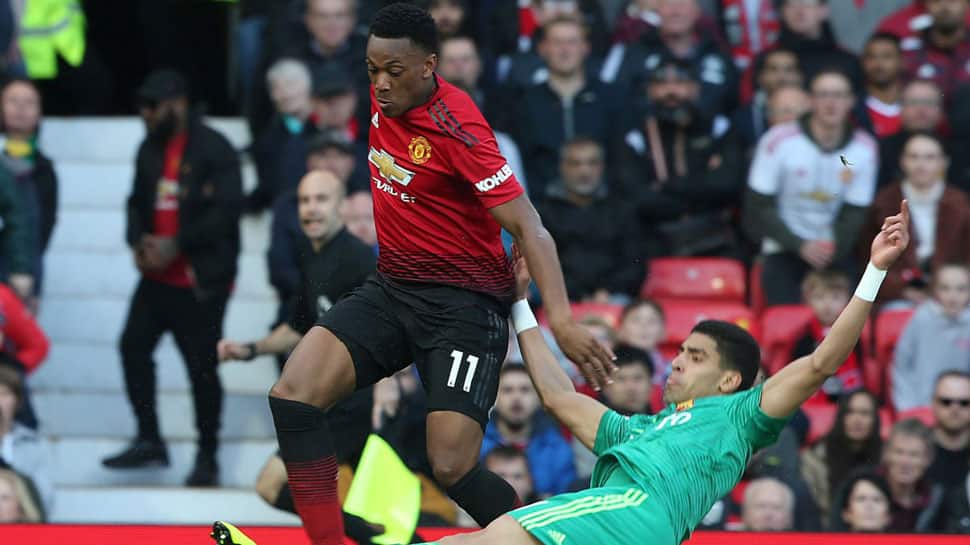 Ole Gunnar Solskjaer celebrated his first game as permanent Manchester United manager with a 2-1 Premier League win over Watford at Old Trafford on Saturday as his team moved back into the top four.

It was a far from impressive performance from United but goals from Marcus Rashford and Anthony Martial earned the victory which moved them up to fourth in the table, level on points with third-placed Tottenham Hotspur.

After a slow start, United took the lead in the 28th minute when Luke Shaw played a delightful through ball into the path of Rashford who clipped it past advancing Watford keeper Ben Foster.

Watford enjoyed plenty of possession in United`s half and looked dangerous on the counter-attack.

United`s main problem was their midfield which barely operated as a unit. Neither the deep-lying Nemanja Matic nor Paul Pogba, in an advanced role, were anywhere near their best and that left the only effective route down the flanks.

It was from a burst down the right wing that United made sure of the points with Martial`s strike in the 72nd minute.

Substitute Jesse Lingard`s low cross caused Martial and Foster to tangle for the ball, which fell kindly for the Frenchman who smashed home United`s second.

Watford got some reward for their positive approach when Abdoulaye Doucoure slotted home in the 90th minute after an exchange of passes with Isaac Success.

"We were awful in the second half, we were lucky with the result," said Shaw, one of United`s better performers.

"The most important thing is the three points. We need to forget about the game today because we were not at our best at all," added the England left-back.

Norwegian Solksjaer handed a three-year contract on Thursday, has led United to 15 wins in 20 matches in all competitions since taking over as caretaker manager in December.