Spurs scraped through the group stage after finishing level on points with third-placed Inter Milan, progressing due to a better head-to-head record against the Italian side. 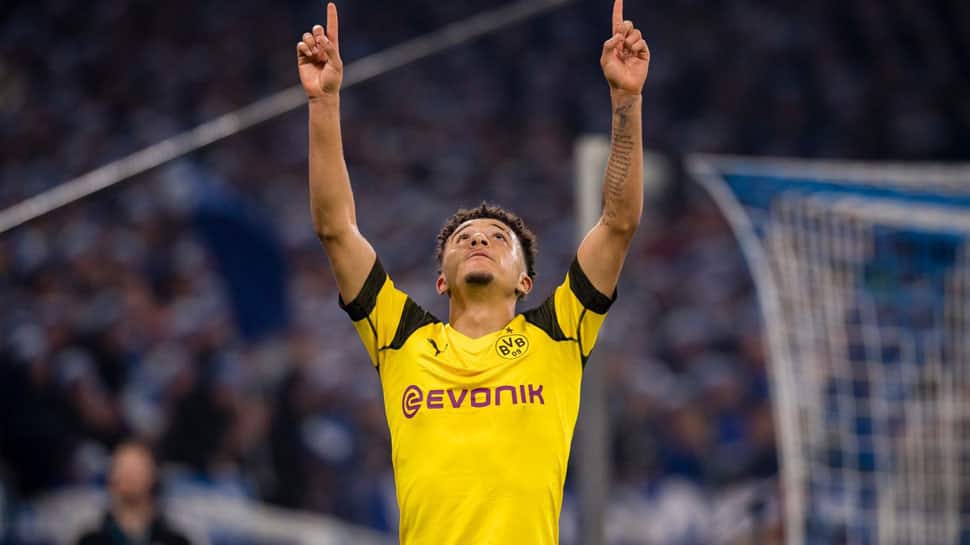 There will be no surprises for Tottenham Hotspur manager Mauricio Pochettino when his side come up against Borussia Dortmund`s "massive prospect" Jadon Sancho in the Champions League on Wednesday.

Sancho, who left Manchester City for Dortmund in August 2017, has recorded seven goals and nine assists in Bundesliga this season, form which earned him his first England cap last October.

The 18-year-old winger will return to his home town London to face Tottenham in the last-16, first-leg encounter at Wembley and he has been on Pochettino`s radar for some time.

"He doesn`t surprise me," the Spurs manager told reporters on Tuesday.

"We knew very well that he was capable of doing what he`s doing now, with game time.

"The quality he was showing at Manchester City and with his national team (at age group level) -- we were talking in the last few years, that he was a massive prospect to be a very good player."

Spurs scraped through the group stage after finishing level on points with third-placed Inter Milan, progressing due to a better head-to-head record against the Italian side.

The north London club are mounting a challenge for the Premier League title and Pochettino believes continuing to fight on two fronts will be tough.

"The other day I saw that from the beginning of December that we`re the best team in the Premier League and that speaks very highly of the squad," Pochettino said.

"I really believe we can win every game we play, but we know this competition is so tough. We are facing a team on the top of the German table. With all respect to the team we`re playing, we always believe we can beat anyone."

Belgium defender Jan Vertonghen is set to start at left back after Pochettino confirmed Danny Rose was not fit to start the match.

Rose sustained a shin wound at the end of Sunday`s 3-1 league victory over Leicester City, and the club are assessing whether the player can make the bench.