The home side were ahead inside 50 seconds as Igor Shitov’s risky back-pass was latched on to by Depay and his shot trickled into the net off the post. 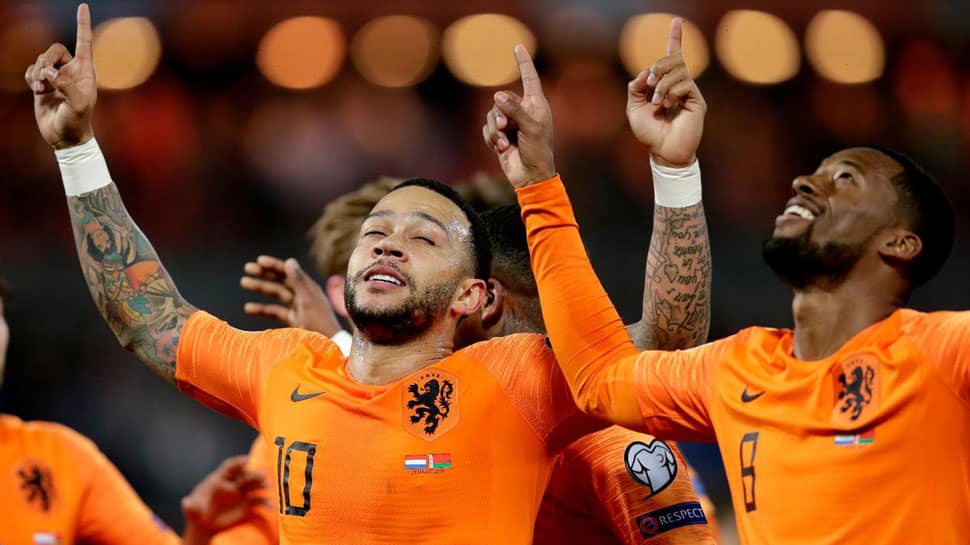 Memphis Depay scored two goals and set up two more as the Netherlands eased to a 4-0 victory over Belarus in their opening Euro 2020 Group C qualifier on Thursday.

Georginio Wijnaldum and Virgil van Dijk were also on target as the home side were rarely threatened and might have won by a greater margin, providing a welcome present for manager Ronald Koeman on his 56th birthday.

Depay, enduring a lean spell at club level, was at the heart of the Dutch attacking effort, taking his tally of goals to 10 in his last 14 internationals and cementing his place as the key attacker in the Netherlands’s revival under Koeman.

The home side were ahead inside 50 seconds as Igor Shitov’s risky back-pass was latched on to by Depay and his shot trickled into the net off the post.

The Netherlands doubled their advantage in the 21st minute when Depay turned provider, flicking the ball into the path of Wijnaldum, who had the simplest of finishes from seven yards.

The hosts added to their tally on 55 minutes when Mikhail Sivakov clattered into Wijnaldum in the box for a clear penalty that was confidently converted by Depay.

The Dutch played the final 20 minutes down to 10 men after replacement right back Kenny Tete, their third substitute, pulled up with a hamstring injury after his first sprint about 20 seconds after coming on.

But even with the player short the home side managed a fourth in the final four minutes as Van Dijk finished after Depay’s set-up.

The Netherlands can expect a much tougher assignment on Sunday when they host Germany in their next qualifier, another chance for Koeman’s side to underline their revival after failing to qualify for last year`s World Cup in Russia.

In the other Group C game, Niall McGinn and Steven Davis (penalty) scored second-half goals as Northern Ireland ended a run of four-game winless run with a 2-0 victory over Estonia at Windsor Park.