The Reds, who eased through 6-1 on aggregate, held off Porto in the early stages before Salah and Sadio Mane combined for the Senegalese to put them ahead with their first shot on target following a VAR review. 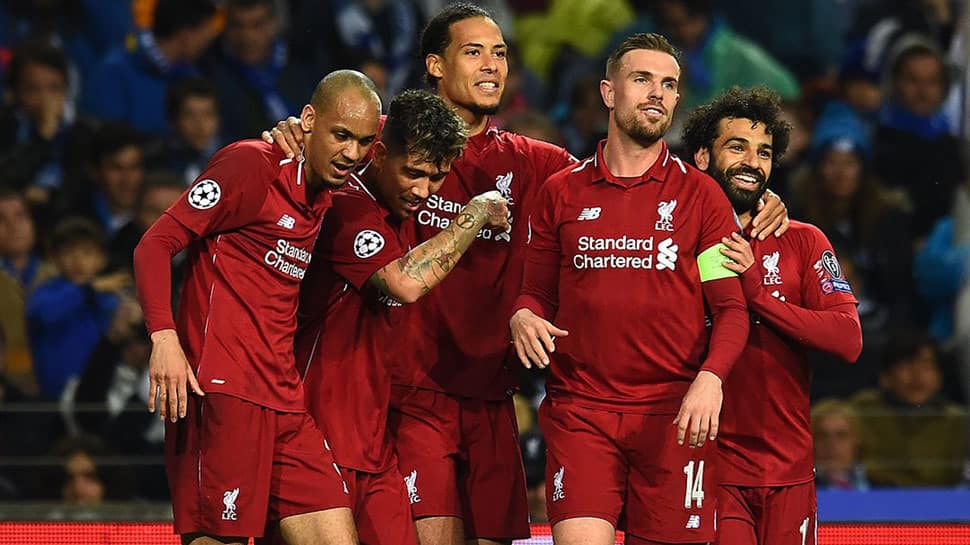 A resurgent Mohamed Salah scored one and set up another to inspire a clinical Liverpool to a 4-1 win at Porto in their Champions League quarter-final second leg on Wednesday that teed up a last-four clash with Barcelona.

The Reds, who eased through 6-1 on aggregate, held off Porto in the early stages before Salah and Sadio Mane combined for the Senegalese to put them ahead with their first shot on target following a VAR review.

Egypt striker Salah doubled the tally after the break and goals from Roberto Firmino and Virgil van Dijk wrapped it up late on.

Porto had briefly reduced the arrears through Eder Militao, but having lost the first leg 2-0 at Anfield, they never seemed in a position to overturn the deficit.

Barcelona advanced on Tuesday when they won 3-0 in their second-leg against Manchester United, completing a 4-0 aggregate victory.

Five-times European champions Liverpool, who had produced a scintillating display to beat Porto 5-0 in the last-16 at the Dragao stadium last season, had a totally different approach this time.

They soaked up the pressure as Porto made an adventurous start, with Jesus Corona curling a powerful shot just over the bar in the opening minute.

Jurgen Klopp`s side looked temporarily toothless, but they were just waiting for their moment -- which came in the 26th minute.

Mane latched onto a cross from Salah to beat Iker Casillas from close range but he was initially flagged offside, only for referee Danny Makkelie to check the VAR.

After a two-minute review, the goal was eventually given.

Facing the huge task of scoring four goals to qualify, Porto looked stunned, despite having attempted 15 shots before the interval.

Salah, who endured a goal drought in March, confirmed he was getting close to his best again when he coolly slotted the ball past Casillas after collecting a perfect diagonal through ball from Trent Alexander-Arnold in the 65th minute.

It was Salah`s first Champions League goal since December, and his first away from Anfield in the competition in 12 months.

Militao soothed the home fans` suffering a little, beating Roberto Firmino in the air to head home in the 69th minute.

Brazilian Firmino, who had started on the bench as Klopp handed a rare start to Divock Origi, made it 3-1 with a downward header with 13 minutes left and Van Dijk headed home a fourth from a corner eight minutes later.

Tottenham Hotspur will face Ajax Amsterdam in the other semi-final tie.