Salah took a back seat at the Amex Stadium on Saturday, contenting himself with an assist as Roberto Firmino scored twice and Philippe Coutinho found the net with a delightful free-kick beneath the jumping Brighton wall. 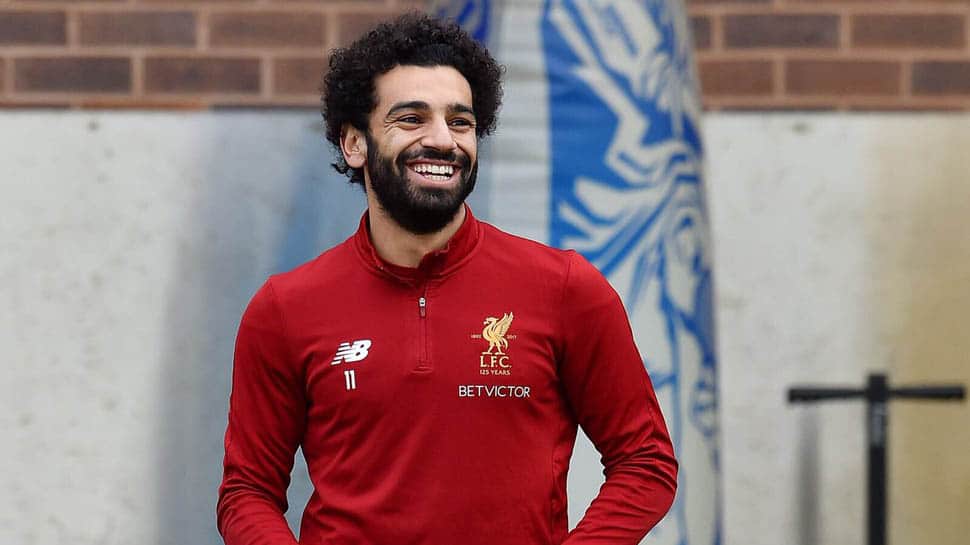 London: Mohamed Salah has hogged the headlines this season, but as Liverpool`s 5-1 demolition of Brighton and Hove Albion demonstrated, he is but one component in a scintillating attacking armada.

Salah took a back seat at the Amex Stadium on Saturday, contenting himself with an assist as Roberto Firmino scored twice and Philippe Coutinho found the net with a delightful free-kick beneath the jumping Brighton wall.

With five wins in their last six games, Liverpool have returned to the Premier League top four for the first time since August.

Their one misstep in recent weeks was the 3-3 draw at Sevilla in the Champions League, in which their failure to protect a 3-0 lead left them requiring at least a point at home to Spartak Moscow on Wednesday to reach the last 16.

But having scored 25 goals in their last eight games in all competitions, Liverpool are playing with as much verve and confidence as in any previous phase of manager Jurgen Klopp`s two-year tenure.

Liverpool`s display at Brighton moved beaten manager Chris Hughton to dub Klopp`s side "the best team we have played this season", despite his men having also lost 2-0 to Pep Guardiola`s runaway league leaders Manchester City.

Although Klopp`s team struggled to beat some of the league`s lesser lights last season, he downplayed their performance on the south coast, saying it had simply been a case of "doing the job".

The German was more forthcoming in his praise of Brazilian forward Firmino, who finished off two superb counter-attacks to take his tally of goals for the season to 11 in all competitions.

"Roberto scored twice, but what he did around these goals is what excites me the most, to be honest," Klopp told the Liverpool Echo newspaper.

"In all the counter-attacks, pretty much, he won the ball. By being here, by being a little annoying -- a little foot, a little toe -- that for us is important.

"With all the rest around him, you need to get used to it. They are all different and all good. I really like these players. That`s why they are here."Coutinho, for now, appears to have put his aborted close-season move to Barcelona behind him, his artful free-kick bringing him a sixth league goal.

Salah continues to dazzle, having surpassed former Liverpool luminaries such as Robbie Fowler, Fernando Torres and Luis Suarez by scoring 12 goals in his first 15 Premier League appearances for the club.

Klopp could even afford the luxury of leaving Sadio Mane, the final member of his `Fab Four` of attackers, on the bench, ensuring the Senegalese flier will be primed for action against Spartak.

Liverpool have maintained their form despite injury problems in defence that obliged Klopp to align midfielders Emre Can and Georginio Wijnaldum as makeshift centre-backs in an experimental back three at Brighton.

They have also become more robust defensively, having shipped only three goals in their last six league games -- one of which was a Brighton penalty, another a fluke by Chelsea`s Willian -- compared to 13 in the previous six.

Liverpool`s momentum has not been affected by the fact Klopp has made 54 changes to his starting line-up in the Premier League this season, which is more than any other manager.

By regularly shuffling his pack, Klopp seems determined to avoid a repeat of last season`s January slump, when a worn-out team won just once in 10 games, fatally compromising their objectives for the season.

Eleven months on, with their array of attackers in clinical form, Liverpool appear to be in much finer fettle.