Mohun Bagan look to get house in order against East Bengal

Mohun Bagan are languishing in seventh place with one win from three matches and have four points. East Bengal, who have won the two derbies, are in fourth place with six points from three outings. 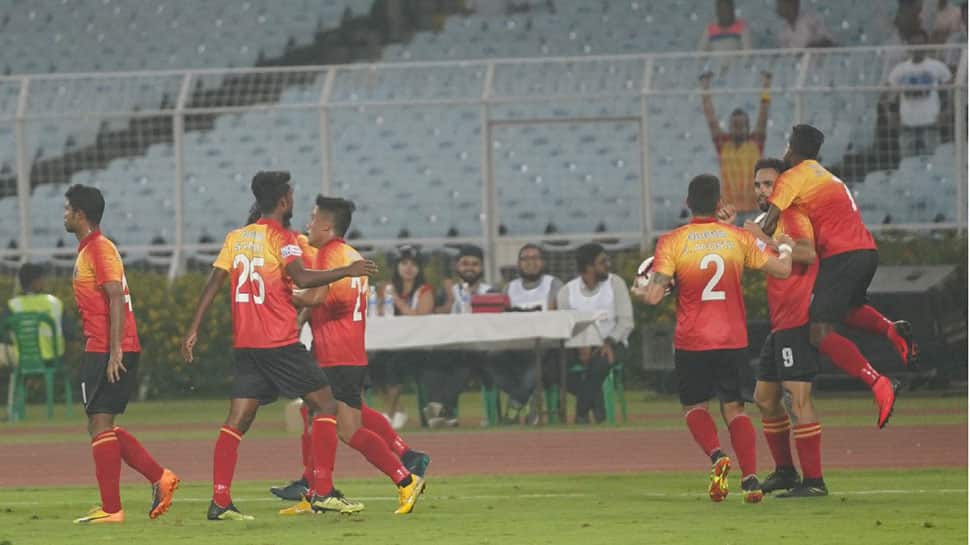 East Bengal will start as favourites with defending champions Mohun Bagan looking to get their act together in the Calcutta Football League (CFL) Premier Division derby match on Sunday.

Mohun Bagan are languishing in seventh place with one win from three matches and have four points. East Bengal, who have won the two derbies, are in fourth place with six points from three outings.

The last season's derby saw both teams play out a 2-2 draw while East Bengal won both their legs against their arch-rivals in the I-League.

In his first derby of the season, coach Kibu Vicuna's biggest concern would be Mohun Bagan's defence which has conceded five goals so far. Mohun Bagan lost to Gokulam Kerala FC in the final of the 129th Durand Cup due to their wobbly defence too as Marcus Joseph scored a brace in a 2-1 win.

East Bengal crashed out of the semi-finals in a tie-breaker to the same opponent. Under fellow Spaniard Alejandro Menendez, East Bengal have looked a better side.

"The weather is inhuman right now," Menendez said ahead of the match pointing to the sultry weather conditions.

"There's too much of humidity. It won't allow the players to play with their full potential, it will be a big problem," he added.

"The conditions are not conducive for good football. It would have been ideal to have an evening kick-off," Vicuna said.