Dominant Mumbai City FC flexed their muscles in the final of the seventh Indian Super League (ISL) to overcome formidable ATK Mohun Bagan 2-1 for their maiden title triumph in Margao, Goa on Saturday. 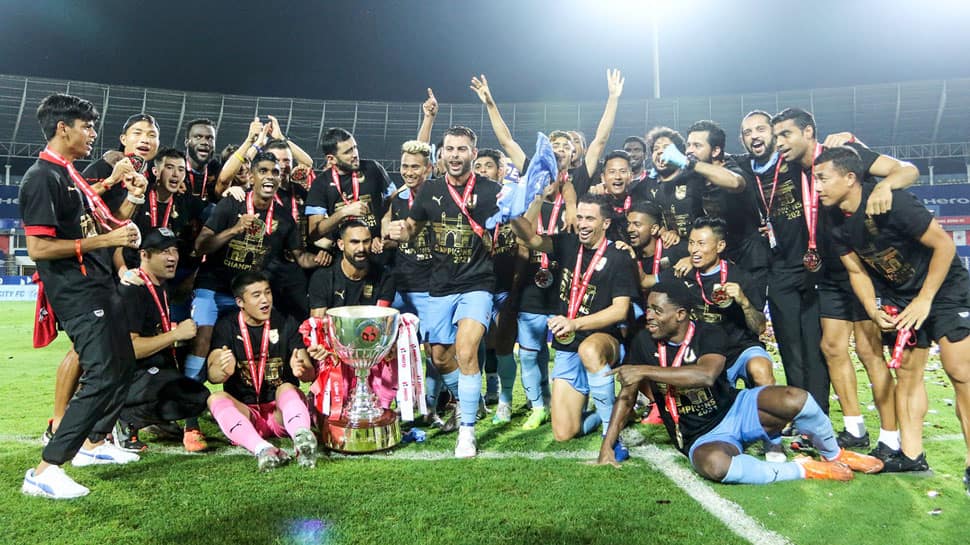 Margao: Dominant Mumbai City FC flexed their muscles in the final of the seventh Indian Super League (ISL) to overcome formidable ATK Mohun Bagan 2-1 for their maiden title triumph in Margao, Goa on Saturday. Sergio Lobera's men made it two trophies in two weeks becoming just the second team to top the group phase and win the title. They had earlier won the League Shield, too.

Bipin Singh scored a 90th-minute winner after a Tiri own goal (29') had dragged Mumbai level. Bagan had earlier taken the lead through David Williams (18').

Mumbai continued with their usual possession-based football but for Bagan who were out of the blocks early, it was all about surging ahead. While the islanders had over 60 per cent possession in the first quarter, Bagan had more shots on target.

There was an early penalty call when Bipin Singh was challenged in the box by Pritam Kotal, but the referee displayed no interest. Thereafter, it was all about the Mariners. The Kolkata side pinned their opponents with a high pressing game which forced the Islanders into errors.

The first real threat for Mumbai came from a Javier Hernandez free-kick which brushed the crossbar. Roy Krishna then forced a save from Amrinder Singh from a tight angle. With pressure mounting on Mumbai's defence, the Kolkata side broke the deadlock first. Krishna dispossessed Ahmed Jahouh just outside the box and slipped a pass to Williams. The Australian got on to his stronger right foot and fired a firm shot past Amrinder.

But with Jahouh and his trademark long deliveries, it was always going to get difficult for ATKMB. And with one such move, Mumbai found themselves back in the game. On seeing Bipin make a run upfront, Jahouh played a long ball from his own half into the Kolkata box. Tiri attempted a clearance but his header landed in his own goal.

Mumbai continued with attack after restart and Raynier Fernandes forced yet another save from Arindam after breaking into the area skipping past challenges from Kolkata defence. The Bagan keeper then produced a fine save to deny Hernan Santana from a free-kick.

At the hour mark, Mumbai probably had the best chance of the game. Arindam managed to block Le Fondre's shot but the rebound traveled to Boumous, whose shot was off-target.
Bagan had the ball in the back of the net when Hernandez's freekick was deflected off Mohamad Rakip into his own net, but the linesman caught Krishna offside.

After producing some fine saves, Arindam made a huge mistake which cost his team the title. After he failed to deal with a long ball properly, Bartholomew Ogbeche chased it down. The ball found its way to Bipin, who made no mistake from close range.