Napoli did not name the club or say how long the move would be held up for, although they still have time to complete a deal with the transfer window in China open until Feb. 28. 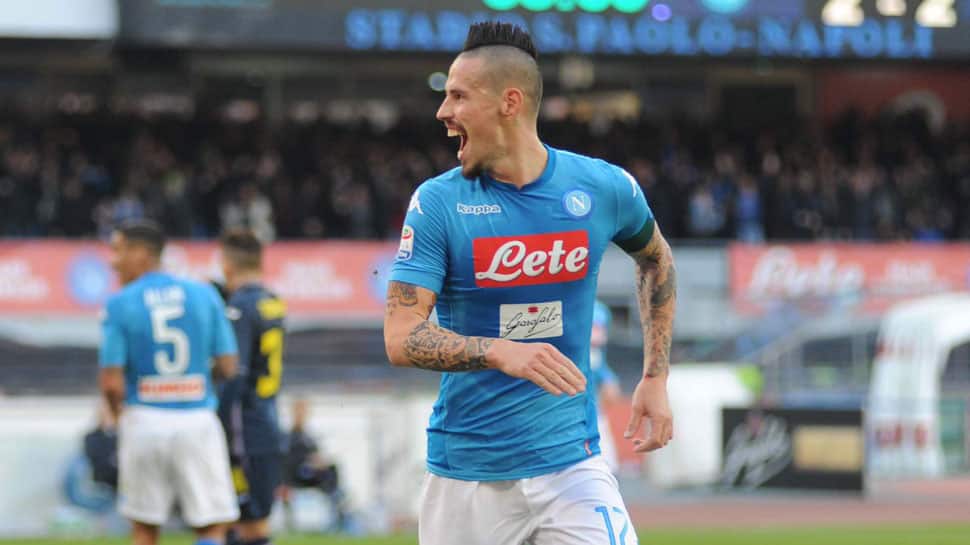 Napoli midfielder Marek Hamsik`s proposed move to a Chinese club has been delayed due to problems relating to "payment methods" for the transfer, the Serie A club have said.

Napoli did not name the club or say how long the move would be held up for, although they still have time to complete a deal with the transfer window in China open until Feb. 28.

"The club has decided to delay Marek Hamsik`s move to China because the payment methods proposed for the agreed sum fail to adhere to what was previously agreed," Napoli said in a brief statement on their website.

Coach Carlo Ancelotti had confirmed last week that the 31-year-old, who joined Napoli from Slovan Bratislava, was in talks to leave the club after 12 seasons. Media reports linked him with a move to Dalian Yifang.

The Slovakian became the club`s all-time leading scorer in December 2017 when he overtook Diego Maradona`s mark of 115 goals and he overhauled Giuseppe Bruscolotti`s total of 511 appearances in November.

Hamsik, who has 121 goals for Napoli in all competitions, made his 520th appearance for the club in Saturday`s 3-0 win over Sampdoria.