Brighton went ahead in the 28th minute after pouncing on a weak headed clearance by Watford`s Jose Holebas. 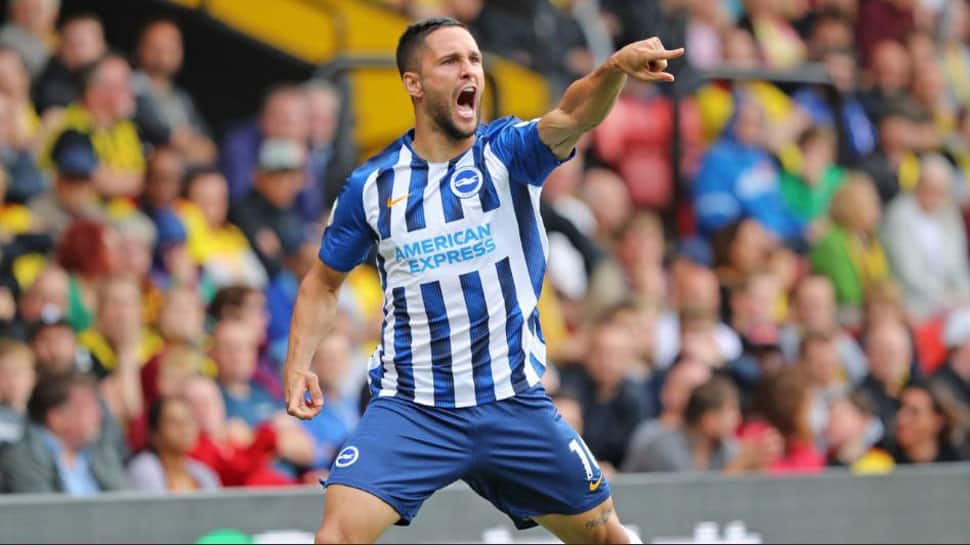 Brighton went ahead in the 28th minute after pouncing on a weak headed clearance by Watford`s Jose Holebas. Midfielder Pascal Gross volleyed a pass into the box which Doucoure diverted into his own net.

They doubled their lead 20 minutes into the second half when substitute Andone tucked in past goalkeeper Ben Foster after a neat cross from the right by midfielder Davy Propper.

Brighton defender Lewis Dunk then produced a fine through-ball from distance that Frenchman Maupay, signed from Championship side Brentford in August, ran onto and converted left-footed from a tight angle with 13 minutes left.

The result meant Brighton boss Graham Potter made a winning start to life as a top-flight manager, having taken charge of the ambitious south-coast club following the departure of Chris Hughton after they narrowly avoided relegation last season.

"We`ve been working really hard to play this way... it`s just the start of the season... the boys are behind the manager and agree with his ideas," Maupay told the BBC.

Fellow goalscorer Andone said that Brighton were delighted to dish out an early upset, having lost 2-0 to Watford in their league opener last season.

"I didn`t expect that... it was an unbelievable match. We did well. It is our first time playing with five defenders," the Romanian added.

"We did perfect, from the beginning to the end, and we have to enjoy the match."

Brighton will look to continue their bright start when they host West Ham United in their next match while Watford face a potentially tricky test at former boss Marco Silva`s Everton.

Watford manager Javi Gracia said his team had no excuses after making too many errors.

"What I know is they played better than us and deserve the victory. No excuses... we try to improve for the next one," the Spaniard added.

"The best news is that it`s the first game. Sometimes it`s good to wake up and improve. We need to do that. There were many individual mistakes."