NEROCA F.C up against Indian Arrows in must-win I-League game

The Arrows, on the other hand, are lying eighth on the table with 13 points from 14 games and have already bested their debut 11th Hero I-League season's record of three wins. 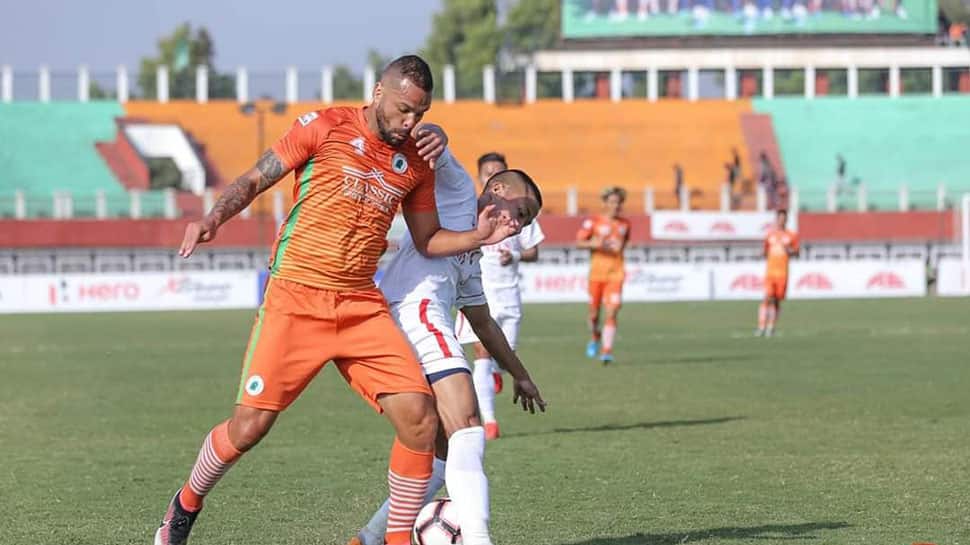 Manipur-based side NEROCA FC will hope to snap their winless streak and stay in the top four race when they take on Indian Arrows in a return leg 12th Hero I-League fixture on Friday.

NEROCA, who had secured a second place in their debut season last year, have 22 points from 14 games so far, eight behind leaders Chennai City and cannot afford any more slip-ups in this business end of India's top-flight football league.

The Arrows, on the other hand, are lying eighth on the table with 13 points from 14 games and have already bested their debut 11th Hero I-League season's record of three wins.

They will fancy their chances at the Kalinga Stadium, given NEROCA have faltered in their last three outings, losing two and drawing one.

The Arrows are an ever-dangerous side and good enough to take advantage of any opponents and NEROCA's Spanish coach Manuel Fraile will have to inspire his players after failing to put it across Aizawl at home last week.

"The preparation is coming good. We are hoping to take the three points. It is a difficult team and the players are young," Fraile said.

"We are fighting to be on the top. We have a good team with experienced players. We lost with Mohun Bagan and Churchill in the past matches but we have a good fight which matters."

He said his team will look to put the best foot forward in absence of Eduardo Ferreira and Aryn Williams, who have been suspended.

"We have missed our chances sometimes. We are looking forward to give our best and also to enjoy the game of the local players," Fraile said.

"Eduardo and Aryn Williams are suspended for this match but football is a team game and the rest of the team has players who are mature and professionals."

Floyd Pinto, the Arrows gaffer, has also remained ever-positive and would hope that his young side puts behind the 0-3 drubbing at the hands of their opponents in the first leg.

"Happy to be back home. It was not a good experience when we played in NEROCA. No game is easy for us. If you look at the points table, we have been doing really well so far," Floyd said.

"The performance of the boys have been improving as the season has gone on but now we have reached that stage where we have to get points as well and I am sure we're going to have a good performance tomorrow. Either we keep a clean sheet or score one goal more than NEROCA."

Even in their last game against a clearly superior Churchill Brothers, the Arrows held their own and even got an equalizer through Deepak Tangri before being felled by the league's highest scorer Willis Plaza's goal-scoring prowess.

The clean-sheet tactic which Floyd alluded to might just work for the Arrows. It is a key game statistic where they are at par with NEROCA this season with five each.

The Imphal-based unit, on the other hand, will look at their 3-0 all-win record against the Arrows to remain positive.

Both teams are known to play flowing football and it should be an absorbing battle at the Kalinga on Friday.