Back-to-back defeats have left Newcastle 13th in the table with 43 points from 35 games. 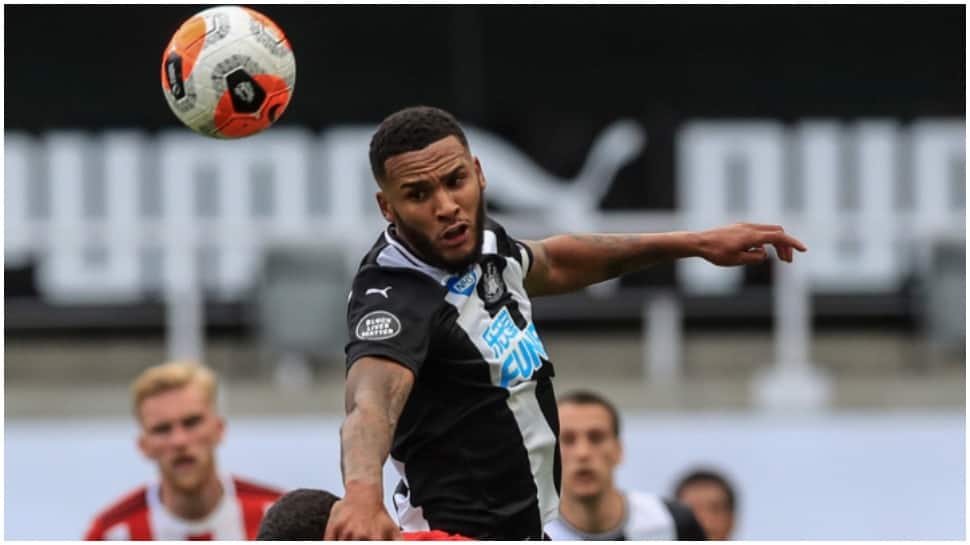 Newcastle United could be without captain Jamaal Lascelles for their Premier League game at Tottenham Hotspur on Wednesday due to a knock, manager Steve Bruce said on Tuesday (July 14, 2020).

Centre back Lascelles sustained a leg problem in the 2-1 defeat by Watford on Saturday, having returned to the side after missing the game against Manchester City.

"We`ve got one or two injuries, especially in central defence. Jamaal hobbled off and I don`t think he`ll make it," Bruce told a news conference.

"In midfield with Isaac (Hayden) and Sean (Longstaff), they look as if they`re going to struggle."

Back-to-back defeats have left Newcastle 13th in the table with 43 points from 35 games but Bruce said that his team were confident, having defeated Spurs 1-0 earlier this season.

"It was the first game I ever won as Newcastle manager. It was a good day in a wonderful stadium and to beat Tottenham in their own back yard will always stay with me," Bruce said.

"Almost a year later we`ve got them at home so let`s hope we can repeat the performance."

Spurs are eighth in the table, having beaten north London rivals Arsenal 2-1 last time out.

"They`ve got a European place to play for and you could see what beating Arsenal meant to them," Bruce said.

"When you look at the team they`ve got, the manager they`ve got and everything that`s in place you know they`re a big club. We have to match their endeavour on the night."

England defender Danny Rose will miss the game against his parent club.

"He`s done well for us and I`m very pleased with him so there will be conversations to have... in the next few weeks we`ll be looking and identifying players and seeing where we are."