Barcelona's Ousmane Dembele ruled out for six months after operation

Barcelona forward Ousmane Dembele has been ruled out for six months after undergoing an operation on his torn hamstring. 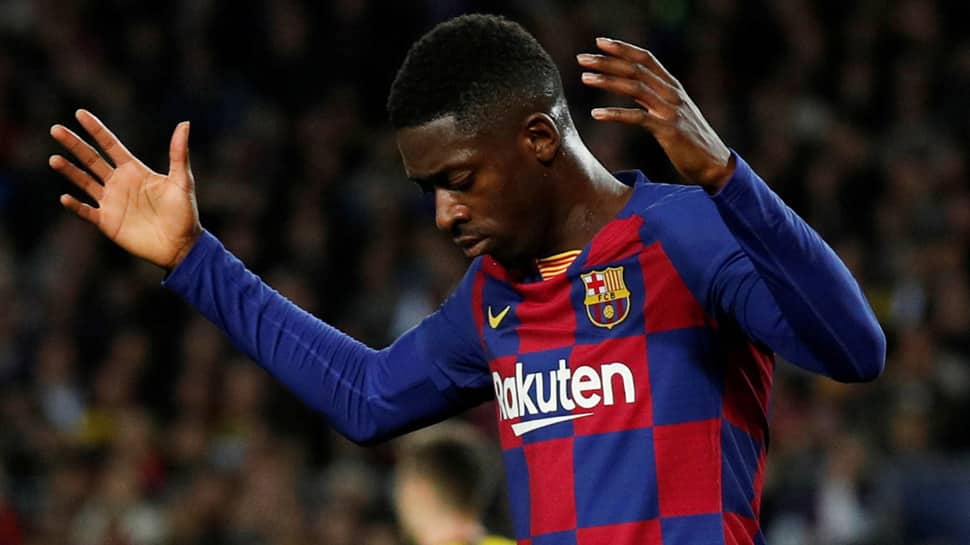 Barcelona forward Ousmane Dembele has been ruled out for six months after undergoing an operation on his torn hamstring in Finland on Tuesday.

"First team player Ousmane Dembele has been operated on satisfactorily in Turku by Doctor Lasse Lempainen, (regarding) the rupture of the hamstring in his right leg," Barcelona said in a statement. "The approximate time out is six months."

The Spanish champions will be allowed to make an emergency signing to replace him provided the Spanish football federation (RFEF) ratifies Dembele`s medical report.

RFEF rules dictate that if a player is out injured for at least five months then their club can sign a replacement outside a transfer window, as long as they are based in Spain`s top two divisions or they are a free agent.

The injured player is not allowed to play again for the team before the five-month period has elapsed and must agree to the arrival of the new player.

Barcelona has been linked to Real Sociedad forward Willian Jose according to Spanish media.

This is Dembele`s 10th injury since arriving from Borussia Dortmund in 2017 for 105 million euros (88.82 million pounds). The forward initially hurt his right hamstring playing against his former side in November.

Dembele missed five months of his debut season due to a hamstring problem in his left leg that required surgery and has made five starts in all competitions this season.