Crouch, 38, who signed a short-term contract when he joined from second-tier side Stoke City in the January transfer window, will be a free agent in the close season. 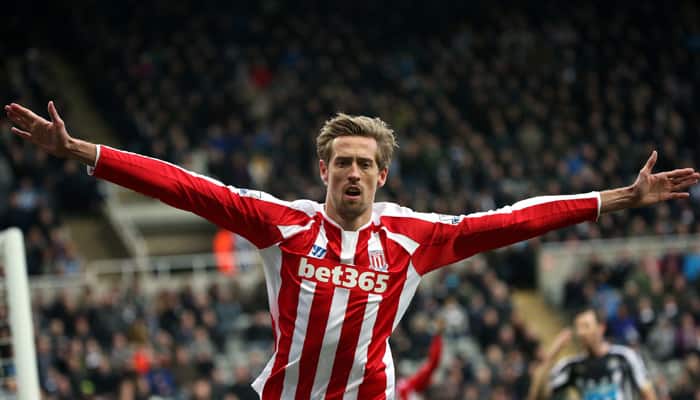 Peter Crouch will discuss his future at Burnley after his short-term deal expires, while defender Stephen Ward, goalkeeper Anders Lindegaard and striker Jon Walters will leave in the close season, the club said on Wednesday.

Ward and Lindegaard have not had their contracts renewed, while 35-year-old Walters announced his retirement from the Premier League club in March following Achilles tendon issues.

Crouch, 38, who signed a short-term contract when he joined from second-tier side Stoke City in the January transfer window, will be a free agent in the close season.

"Former England international Crouch is out of contract, having joined the Clarets on a short-term deal in January," the club said in a statement.

"Discussions between himself and the club are set to follow over whether the striker will remain at Burnley next season."

Crouch won the FA Cup with Liverpool in 2006 and has represented clubs including Tottenham Hotspur, Aston Villa, Southampton and Stoke City during his long soccer career.

He has scored more than 100 Premier League goals since making his senior debut in 1998.

Burnley also confirmed they had activated clauses in the contracts of winger Aaron Lennon and full back Phil Bardsley to keep them at Turf Moor until 2020.

Daniele De Rossi to leave AS Roma at end of season