Manchester United midfielder Paul Pogba became the latest high-profile player to be a target of online abuse after he missed a penalty in Monday`s 1-1 draw at Wolverhampton Wanderers. 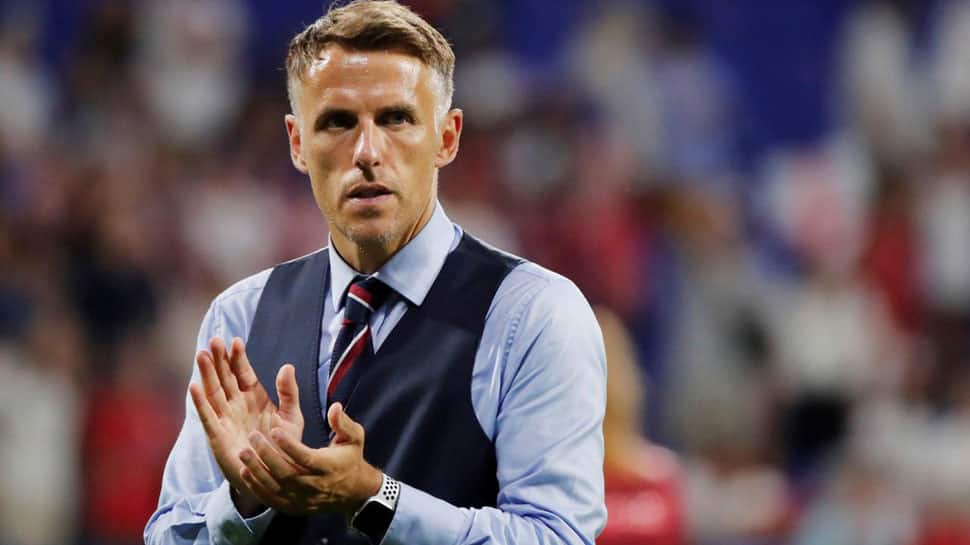 England women`s coach Phil Neville has urged the football community to boycott social media for six months and 'send a powerful message' in response to a significant rise in online racist abuse of players.

Manchester United midfielder Paul Pogba became the latest high-profile player to be a target of online abuse after he missed a penalty in Monday`s 1-1 draw at Wolverhampton Wanderers.

"I`ve lost total faith in whoever runs these social media departments, so I just wonder whether now as a football community, in terms of really sending a powerful message, is: come off social media," Neville told reporters on Tuesday.

"Six months - let`s come off social media. Let`s see the effect that it has on these social media companies, whether they`re really going to do something about it."

A study released by equality and inclusion organisation Kick It Out said it received 159 reports of discrimination via social media in the English professional game last season.

On Tuesday, Pogba`s United teammate Harry Maguire urged social media companies to verify user accounts to prevent supporters from abusing players anonymously. It is a view which was echoed by Neville.

"It`s a problem not just in football - it’s a problem in society, but football now is at the forefront of everybody’s minds in terms of, we’ve got the power to do something about it," Neville added.

"Maguire said this morning about being verified, giving passport details and addresses to be held accountable for posting such disgusting things. You can be an egg on Twitter and no one knows who you are."

Neville was speaking after announcing his 24-player squad for England women`s upcoming friendlies against Belgium and Norway, handing call-ups to four debutants.

Neville has included 19 players who featured in the recent women`s World Cup in France, where the team finished fourth.

England face Belgium in Leuven on Aug. 29, before travelling to Berben to take on Norway on Sept. 3.

Ajax held at APOEL, away wins for Bruges and Slavia