Everton won for the second time in two games with Italian Ancelotti at the helm as Dominic Calvert-Lewin`s double sealed the points at St James` Park to ease Everton into mid-table. 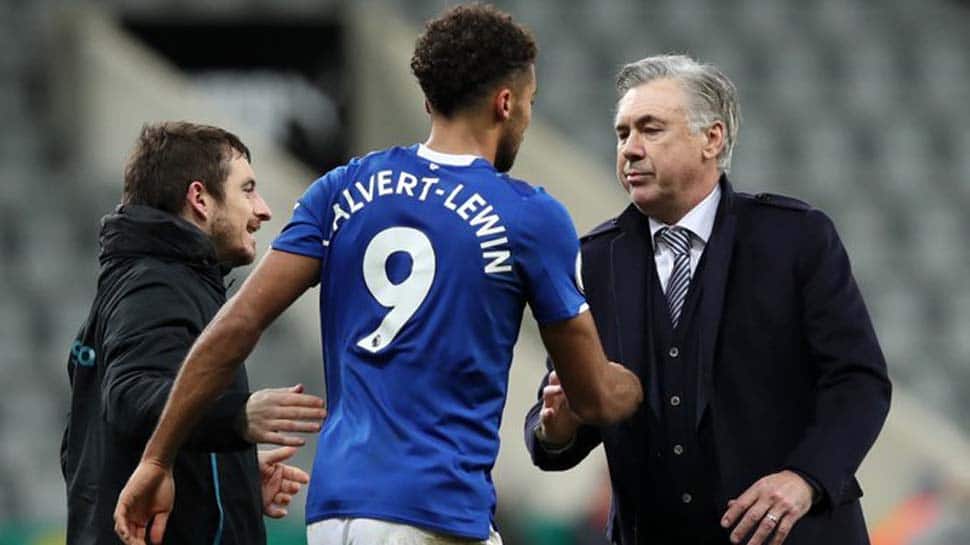 Carlo Ancelotti`s flying start as Everton manager continued as his side won 2-1 at Newcastle United and Watford are also thriving under new boss Nigel Pearson after crushing relegation rivals Aston Villa 3-0 on Saturday.

Everton won for the second time in two games with Italian Ancelotti at the helm as Dominic Calvert-Lewin`s double sealed the points at St James` Park to ease Everton into mid-table.

Fabian Schar had levelled for Newcastle but Calvert-Lewin`s fifth league goal in his last five games gave Everton the win.

Watford remain in the drop zone but Pearson is working his magic having taken over from Quique Sanchez Flores this month to become the club`s third manager this season.

Pearson`s side played for more than half an hour with 10 men after defender Adrian Mariappa was sent off but they already led through Troy Deeney`s opener in the 42nd minute.

Watford scored again when Deeney slotted home a penalty after he was fouled by Douglas Luiz.

Ismaila Sarr added a third as Watford recorded their second successive victory under Pearson to move to within three points of 17th-placed West Ham United, who play later on Saturday.

Villa beat Norwich City on Boxing Day but defeat by Watford left them third from bottom.

Bournemouth are also too close to the relegation zone for comfort after losing 2-0 to Brighton & Hove Albion in the south coast derby that kicked off the day`s programme.

Iranian winger Alireza Jahanbakhsh opened the scoring with his first goal for Brighton and Aaron Mooy made the points secure in the 79th minute as Brighton claimed a vital victory in their bid to stay away from trouble.

Danny Ings earned Southampton a point in a 1-1 draw at home to Crystal Palace who had taken the lead through James Tomkins.

Palace also had a goal ruled in the first half through VAR, Max Meyer`s celebrations being cut short for a marginal offside call on Wilfried Zaha.

Tottenham Hotspur can go fourth with victory at Norwich City in a later kickoff while Leicester City will try to close the gap on leaders Liverpool to 10 points by winning at West Ham.