Tebas lashed out at changes he said Europe`s governing body is considering making to the Champions League, saying they would damage domestic competitions. 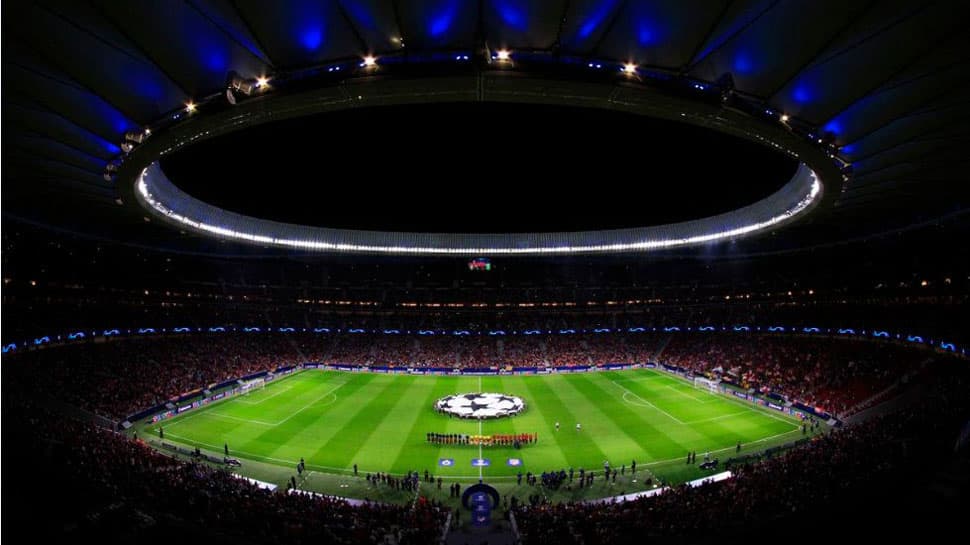 UEFA proposals to change part of the Champions League format would be "catastrophic" for soccer but FIFA plans to overhaul the Club World Cup will be a boon for the sport, La Liga president Javier Tebas told Reuters on Thursday.

Tebas lashed out at changes he said Europe`s governing body is considering making to the Champions League, saying they would damage domestic competitions.

Accusing UEFA and the European Club Association (ECA) of plotting in secret, Tebas said the body wanted to play European games on weekends rather than in mid-week and expand the group stage to have four groups of eight teams, rather than the current format of eight groups of four sides.

"UEFA and the ECA are negotiating behind closed doors so that the others don’t know about the reforms which put national leagues in danger," Tebas said in an exclusive interview.

"They are making reforms to the Champions League which are very dangerous for football. It’s a model which is very damaging for national leagues and also for them, as they don’t understand business."

Tebas earlier this year made headlines for attempting to switch a La Liga game between Barcelona and Girona to Miami, a move which was opposed by FIFA.

"Playing a game in Miami is much less important to La Liga than the catastrophic reforms of UEFA and the ECA," he said.

"FIFA has been transparent in the last few weeks and changed its position so we support them (in their Club World Cup plans), meanwhile UEFA and ECA are doing the opposite and we are very worried about that and don’t support them."

UEFA responded by telling Reuters: "As is often the case, Mr Tebas speaks on the basis of mostly erroneous information and it is therefore difficult for us to comment on his declarations."

"He would probably be in possession of more accurate information had he not resigned from the Professional Football Strategy Council."

The governing body added that it would consult stakeholder groups on the future of European competitions and analyse proposals before making decisions on changes.

FIFA`s ruling council meets on Friday in Miami to discuss and vote on president Gianni Infantino`s plans for the revamped Club World Cup, which would take place in 2021, replacing the Confederations Cup.

The new-look competition would see 24 teams taking part instead of the current annual tournament between six continental champions and an invited team, which has been dominated by the Champions League winners since 2013.

Tebas initially opposed Infantino`s plan for an annual, expanded Club World Cup, calling it "irresponsible" last year. But he said the Spanish league and other major European leagues have radically shifted their position on it.

"In the last year FIFA has made some changes and we are on the path to a good Club World Cup which fits well into the calendar and can be supported by national leagues," Tebas said.

"It still needs to be polished but they are discussing distributing the money more evenly to smaller leagues and that’s very important. FIFA have also been more transparent about it.

"They`ve also committed to playing it every four years which affects national leagues a lot less."

The proposed shake-up to the tournament has been rejected by UEFA president Aleksander Ceferin and ECA chief Andrea Agnelli, who is also chairman of Juventus.

The FIFA council in Miami will also explore the possibility of expanding the 2022 World Cup in Qatar from 32 to 48 teams, which could see the number of host countries also increase.

The tournament will take place between November and December rather than the traditional slot of June and July due to Qatar`s scorching summer temperatures, which is set to disrupt domestic leagues across Europe and around the world.

"We’ll have to wait and see what FIFA decides but in principle, we at the Spanish league are not in favour of increasing the number of teams at the Qatar World Cup or any World Cup," Tebas added.