Ali's spectacular overhead kick not only helped earn his country a first continental crown, it won the Sudan-born 22-year-old the Player of the Tournament and top goalscorer awards. 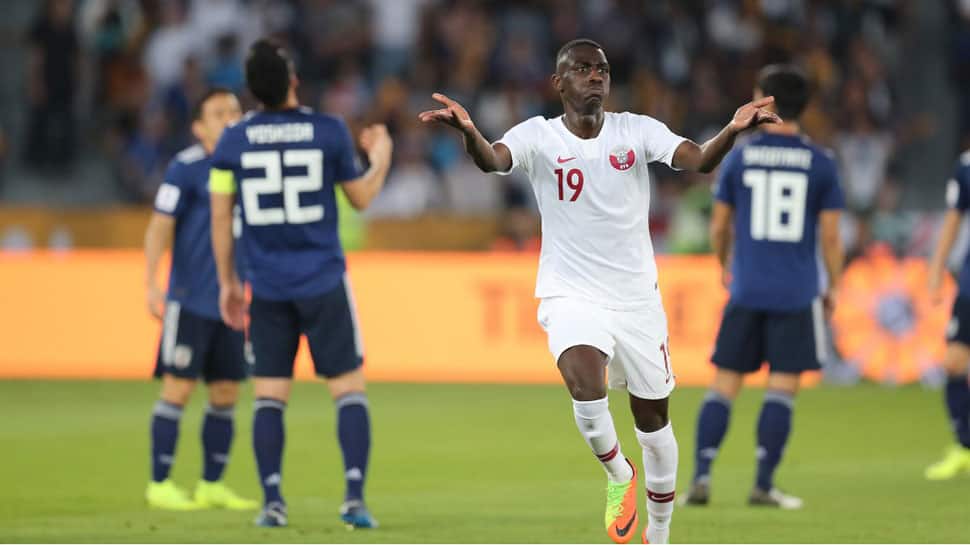 Almoez Ali brushed off a row about his eligibility to scoop an Asian Cup winner`s medal and smash a 23-year-old scoring record on Friday, confirming that Qatar have a potential star in the making for when they host the 2022 World Cup.

Ali notched his ninth goal of the tournament in the 3-1 victory over Japan at Zayed Sports City, bettering the record of eight that Iranian Ali Daei managed the last time the tournament took place in the United Arab Emirates.

His spectacular overhead kick not only helped earn his country a first continental crown, it won the Sudan-born 22-year-old the Player of the Tournament and top goalscorer awards.

"I thought I`d score goals but not nine," he told reporters.

"I thought it could be two or three but the team helped me a lot because they defended so well, only conceding one goal, so I would have been embarrassed not to score goals.

"Breaking Ali Daei`s record was something amazing for me."

Ali, who graduated from Qatar`s Aspire Academy, said the next step he wanted to take in his career was a move to a European club.

"Of course, I look for European teams because in our league in Asia, not only in Qatar, but in all of Asia, we know teams are weak and we see that at the World Cup. They do not go far. Always, they go out, " he said.

Qatar coach Felix Sanchez, a former Barcelona youth coach, said Ali`s value to the team was not just in hitting the back of the net.

"Almoez is a fantastic player, he`s a pleasure to coach," the Spaniard said.

"He`s 100 percent committed, each game he gives his all, and he arrived at this tournament in the perfect moment. He works for the team, he pressures the centre backs.

"He got two awards and they are fully deserved, in football we always talk about the group. Yes, he got these because of the group but he also worked really well.

"We`re very proud of him. He`s heading the right way."

A day that finished with Ali all smiles as he organised the team photo with the trophy on the pitch started out potentially fraught.

Ali and his team mate Bassam Al Rawi were the subject of a protest by the United Arab Emirates FA over their eligibility to represent Qatar which was dismissed by the Asian Football Confederation only hours before kickoff.

The striker said it had not been worried about it at all. "No concern," he said.