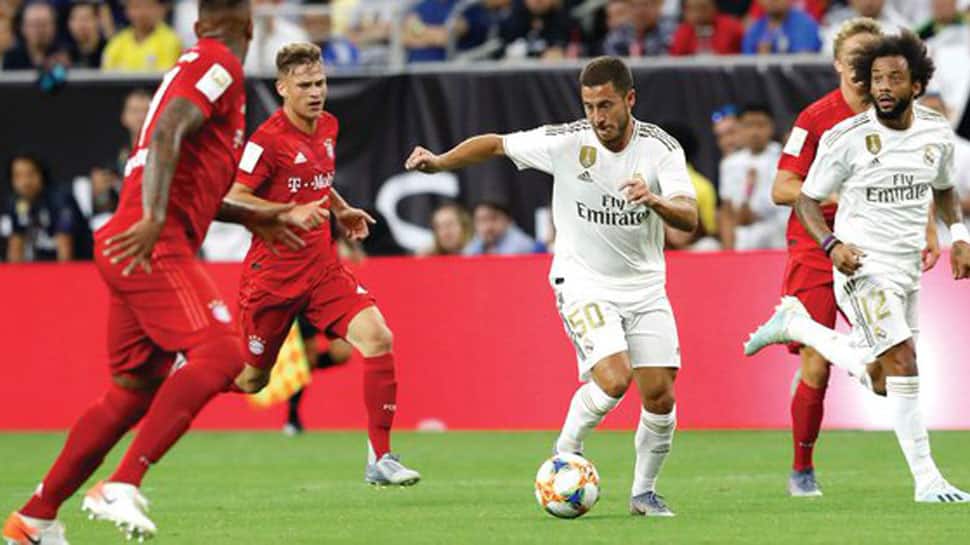 Real Madrid coach Zinedine Zidane said he will resist rushing Eden Hazard back from injury as he played down hopes of the Belgian making his long-awaited first start for the club when they host Levante in La Liga on Saturday.

Zidane’s side have struggled, with draws against Real Valladolid and Villarreal following on from their opening-day victory against Celta Vigo, leaving them fifth in the table with five points. They are already four points behind league leaders and city rivals Atletico Madrid.

With playmaker Isco out injured and forward Gareth Bale suspended, it had been hoped that Hazard would take the reins as the team’s talisman, however, Zidane cautioned that Real`s new number seven would need time.

"We need to show a bit of restraint with him because he’s been out for three weeks," Zidane said.

"We all really want to see Hazard, but there’s a lot of pressure and expectation. He’s ready for it, but it’ll be me who decides how he is introduced. We need to show calm and use our heads a bit."

There was more mixed news on the injury front for Real as James Rodriguez returned to full training, but Luka Modric came back from international duty with an adductor issue.

“There’s positives and negatives. We lose Luka but get other lads back,” the French coach said.

The Croat’s injury means Toni Kroos and Casemiro are the only fit central midfielders available to Zidane.

“This is the squad we have and we can’t make any changes to that. Everyone will get their chance to bring their qualities to this side," he said.

"Hopefully Modric will be back quickly, but we have to accept that he’s got no chance tomorrow."