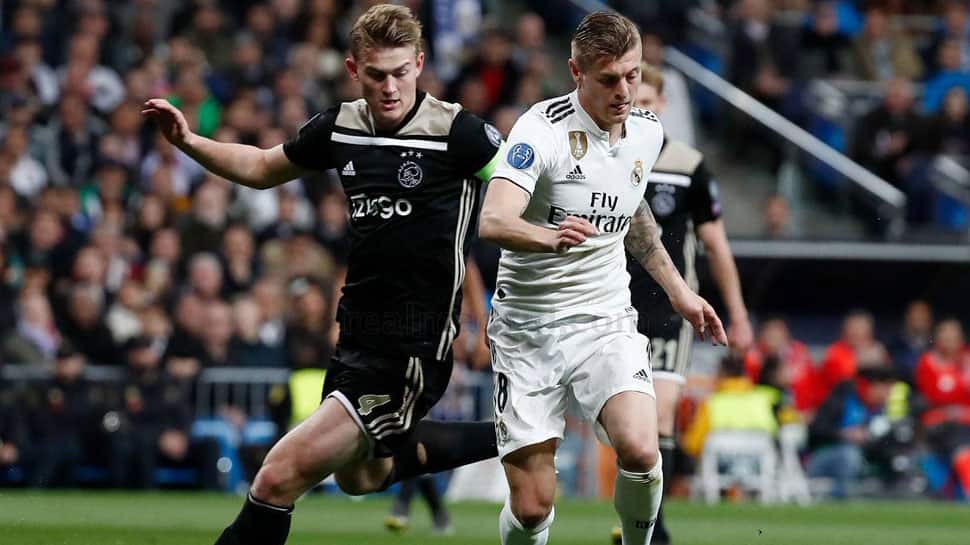 Revolution is in the air at Real Madrid after their Champions League empire was razed to the ground with an astounding 4-1 loss at home to Ajax Amsterdam, with a huge clear out of players expected as well as a change of manager.

It also effectively ended Madrid`s season, after successive defeats to Barcelona which sent them out of the Copa del Rey and put them 12 points adrift of Barcelona in the title race, five more than when Solari succeeded Julen Lopetegui in October.

Jose Mourinho, who won a La Liga title with 100 points but left a legacy of division in his three years at Madrid, is already being touted as the man best suited to the lead the transformation of a squad that has won it all but turned stale.

The Portuguese is out of work after being sacked by Manchester United in December and despite meeting another dire end to his penultimate job with Chelsea, Marca appear to be beating the drum for his return, urging president Florentino Perez to bring him back to the Santiago Bernabeu.

"Only one positive conclusion can be extracted from the wreckage of a dark night: the best coach in the world, Jose Mourinho, has time to work," said the newspaper.

"Mourinho`s advantage is he is free and is waiting for the call. Bring him, Florentino bring him now."

Overhauling a squad with many underperforming players already over the age of 30 or approaching it and on inflated wages will be a more complicated process for Madrid.

Gareth Bale, who hit the post against Ajax and ended the game hobbling with an ankle injury, looks to be at the end of his tether in Spain, while Isco and Marcelo also look certain to go after dropping out of the side in recent months.

Real, meanwhile, need a new galvanising figure to restore their attacking power after failing to address the loss of Cristiano Ronaldo and the 50 goals he would routinely score per season.

Defender Nacho, however, said that he did not feel this was the end of an era for his team, who until Tuesday had a stranglehold on Europe`s biggest prize that is unprecedented in the modern era.

"I don`t think we have completed our cycle, this squad is still very good," he said.

"Some will say that we need new players and others have left but this squad had the ability to fight for trophies. This season has been a rollercoaster for us."

"It was a very tough night but we have to stay strong. We have to keep our heads up, learn from our mistakes and not forget what we have achieved as what we have done will be remembered for a very long time."