Lukaku fired United into a 33rd-minute lead with a deft finish from the edge of the penalty area after a dazzling solo run by Shaw, who beat three Palace defenders before he laid the ball off to the striker. 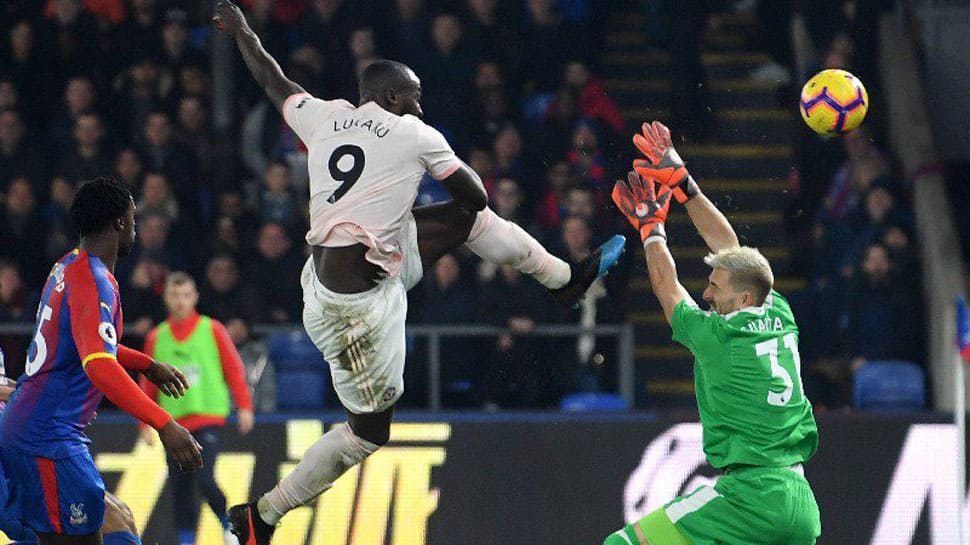 Manchester United striker Romelu Lukaku rediscovered his finishing touch in fine fashion, scoring a superb goal in each half to help them to a 3-1 Premier League win at Crystal Palace on Wednesday.

The victory stretched United caretaker manager Ole Gunnar Solskjaer's unbeaten league run to 11 games and boosted the Norwegian's hopes of landing the job on a permanent basis after taking over from Jose Mourinho in December.

It left United fifth on 55 points from 28 games, one behind fourth-placed Arsenal and two ahead of sixth-placed Chelsea, who have a game in hand, as the three-way race for a berth in next season's Champions League intensified.

The club's former striker Solskjaer singled out Lukaku and left back Luke Shaw for praise, as United won their eighth successive away game in all competitions and extended their unbeaten Premier League record against Palace to 20 matches.

"I was always wary of this game after the tough run of games we have had, but we started really well which is always vital at Selhurst Park," Solskjaer told the BBC.

"Luke Shaw is in a good vein of form at the moment, he's hard to stop and it was a great drive for the first goal. Lukaku has been putting a shift in for the team, doing loads more running than he normally does but he was a number nine again today and he got two goals. Fantastic," he added.

Lukaku fired United into a 33rd-minute lead with a deft finish from the edge of the penalty area after a dazzling solo run by Shaw, who beat three Palace defenders before he laid the ball off to the striker.

The Belgium international made it 2-0 in the 52nd with a well-taken volley from a tight angle, after Chris Smalling and Victor Lindelof nodded an Ashley Young corner into his path.

Defender Joel Ward, pulled one back for Palace midway through the second half with a diving header, which gave United keeper David De Gea no chance after Jeffrey Schlupp whipped in a fine cross from the left.

With Palace pressing forward, United broke away in the closing stages as Paul Pogba released Ashley Young with a delightful pass and the right back raced clear to drill in an unstoppable low shot which sealed United's victory.

Young conceded he was at fault for the Palace goal, but was happy to have redeemed himself with a scorching finish.

"I hold my hands up for their goal, I should have cleared it but I made up for it with a goal," he said.

"We have injuries, they haven't helped but we have a fantastic squad. Everyone has to be ready and we were today," Young added.