The Dutch coach said he saw no need to talk to the 19-year-old central defender at halftime about how he failed to control an easy pass and then tripped England`s Marcus Rashford to give away a penalty in the 32nd minute. 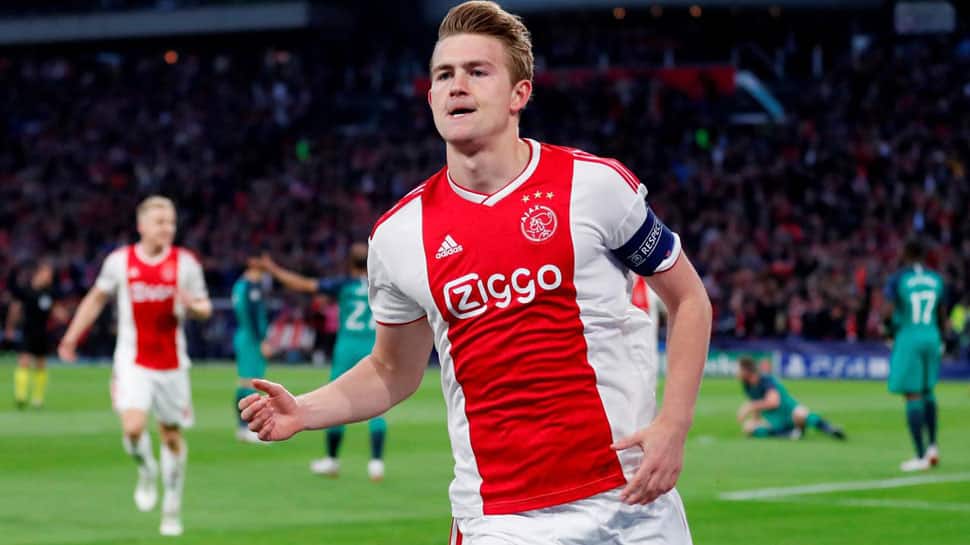 Ronald Koeman was delighted at the way teenager Matthijs De Ligt recovered from a first-half mistake to help the Netherlands to a 3-1 win over England in their Nations League semi-final on Thursday.

The Dutch coach said he saw no need to talk to the 19-year-old central defender at halftime about how he failed to control an easy pass and then tripped England`s Marcus Rashford to give away a penalty in the 32nd minute.

De Ligt, who despite his age captained the Ajax team which reached the Champions League semi-finals this season, turned from villain to hero in the second half, however, by equalising with a trademark header from a corner.

"I didn`t say anything at halftime ... everyone knows what kind of mistake this is, so I didn`t see any need to discuss it," Koeman told reporters.

"It`s great he corrected his own mistake and headed the equaliser. It shows we all make mistakes ... I don`t know what Matthijs was thinking but maybe we will have a chat later."

He was also pleased with the performance of Frenkie de Jong, 22, who controlled the tempo in midfield.

"People are always looking at what he`s doing with the ball, how calm he is, but there`s also a defensive side –- he wins so many balls. He makes it look easy," he said.

Koeman, however, was not entirely satisfied.

"There was a lot of space between their defence and midfield but we had to do a little bit more on the ball when we were in the final third of the field," he added.

"We had more possession and shots on goal, but the last ball was often too sloppy."

The Dutch missed out on last year`s World Cup finals but have improved vastly under Koeman, finishing ahead of Germany and France to reach the Nations League semi-finals. They face Portugal in Sunday`s final.

"We don`t stop after tonight," he said. "There is always something to improve, but we are on a good path and the team is happy and confident in the way we play."

"We have big, big talents in the system ... there is experience in the team, we have two players who have won the Champions League, we have gained more experience today that makes things easier."