Ronaldo, who scored 34 goals in 37 appearances for Barcelona between 1996 and 1997, defended his former club`s season following their dramatic collapse at Anfield. 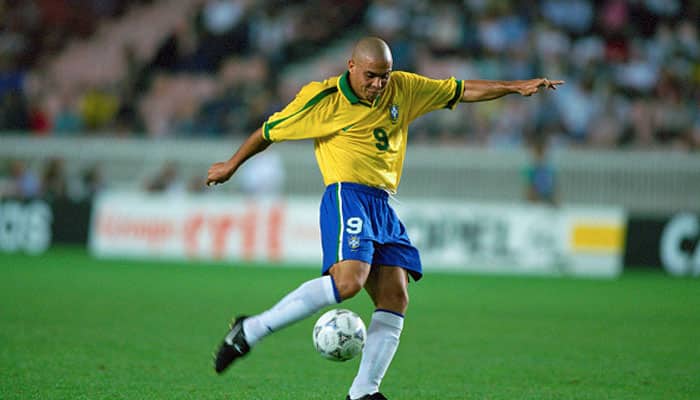 Former Brazil striker Ronaldo has rubbished the idea of a European Super League replacing the Champions League, suggesting that Europe`s top clubs are using it as a means of extracting more money for themselves.

European soccer`s governing body UEFA this week met with representatives from some of the continent`s major clubs to discuss the proposal of replacing the elite competition with a league featuring promotion and relegation.

But in a week where Liverpool and Tottenham Hotspur produced stunning comebacks to reach the Champions League final in Madrid, Ronaldo suggested that any new tournament would struggle to replicate the kind of excitement currently on offer.

"I personally don`t think there will be a European Super League. What they`ve managed to achieve with what the Champions League represents today is something that would take so much time to even get close to," said the Brazilian, who is president of La Liga side Real Valladolid, at a news conference.

"I think that very soon there`ll be an agreement in which the biggest clubs will start receiving more and more money and they`ll be happy with that."

"For me, it would be a stupid idea to try and create a new competition given all the success that we`ve seen in the Champions League."

Ronaldo, who scored 34 goals in 37 appearances for Barcelona between 1996 and 1997, also defended his former club`s season following their dramatic collapse at Anfield.

"Look at the season they`re having. They`ve reached the semis of the Champions League, won La Liga with a number of games to go, they`re in the final of the Copa del Rey and that`s not something you can just forget and throw away," he said.

"Football is incredible and unpredictable - you can`t explain it. Barca had some chances but didn`t take them and you have to say Liverpool deserved it. They showed more strength, intensity, and emotional intelligence."

"You saw Barca were caught cold for the fourth goal, but if Liverpool hadn`t scored at that moment I think they would have still scored another, later on, that`s how the game was going."