Any result other than a win at home against relegation-threatened Schalke could cost Dortmund their shot at the Bundesliga title with three matches to go after the clash. 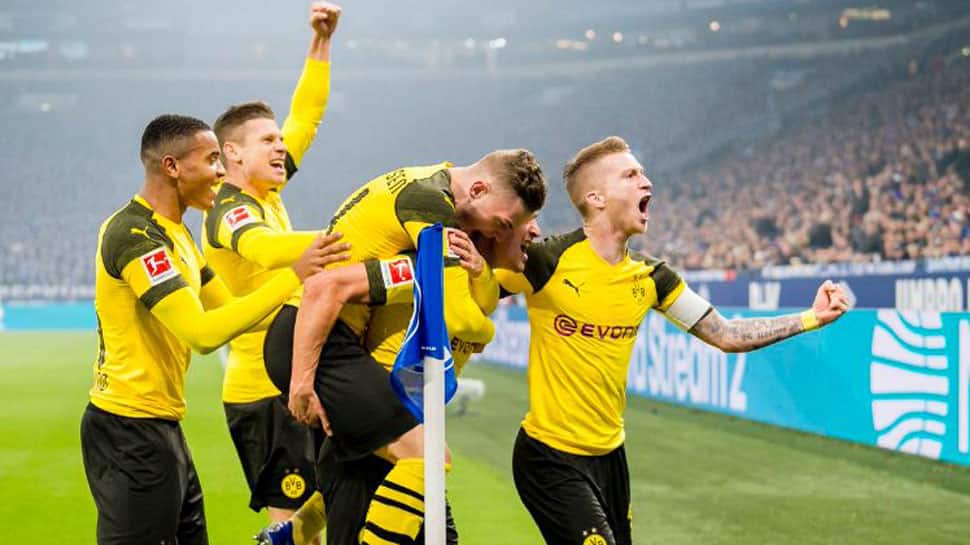 Any result other than a win at home against relegation-threatened Schalke could cost Dortmund their shot at the Bundesliga title with three matches to go after the clash.

Dortmund, chasing their first league title since 2012, are a point behind leaders Bayern Munich and are desperately hoping for a Bayern slip-up along the way.

They have bounced back from their 5-0 demolition by Bayern three weeks ago and have won their last two league matches to remain within striking distance.

Jadon Sancho, Marco Reus and Paco Alcacer all scored in the past week and Dortmund will need their fierce attack to deliver in the coming games.

The Royal Blues have their own battle on their hands and are trying to avoid what would be a shock relegation.

Never before has the difference between the two clubs been as wide ahead of their derby, with Dortmund hunting silverware while Schalke are teetering on the edge of the abyss.

"Schalke do not have to rescue their entire season with a win in the derby," said Dortmund CEO Hans-Joachim Watzke. "They have to make sure they stay up and hopefully that does not happen in our game."

Runners-up last season, Schalke have imploded in the current campaign and are currently in 15th place on 27 points, six points above the relegation playoff spot occupied by VfB Stuttgart.

A win over Dortmund would almost certainly secure another season in the top division for Schalke and avoid a potential relegation/promotion playoff.

"We have a new game in front of us for which we must be very prepared," said Schalke defender Benjamin Stambouli.

"I know it is hard to believe right now but we will be there. We have the quality to stage an upset."

"The fans are still behind us and have never stopped supporting us. I really want to thank them with a victory and give at least something back."

Bayern, top on 70 points, have a tricky task after beating Werder Bremen on Wednesday to reach the German Cup final. They travel to 17th placed Nuremberg, who need a win to have any hopes of staying up.

Third-placed RB Leipzig can secure their Champions League spot for next season with a win against Freiburg.