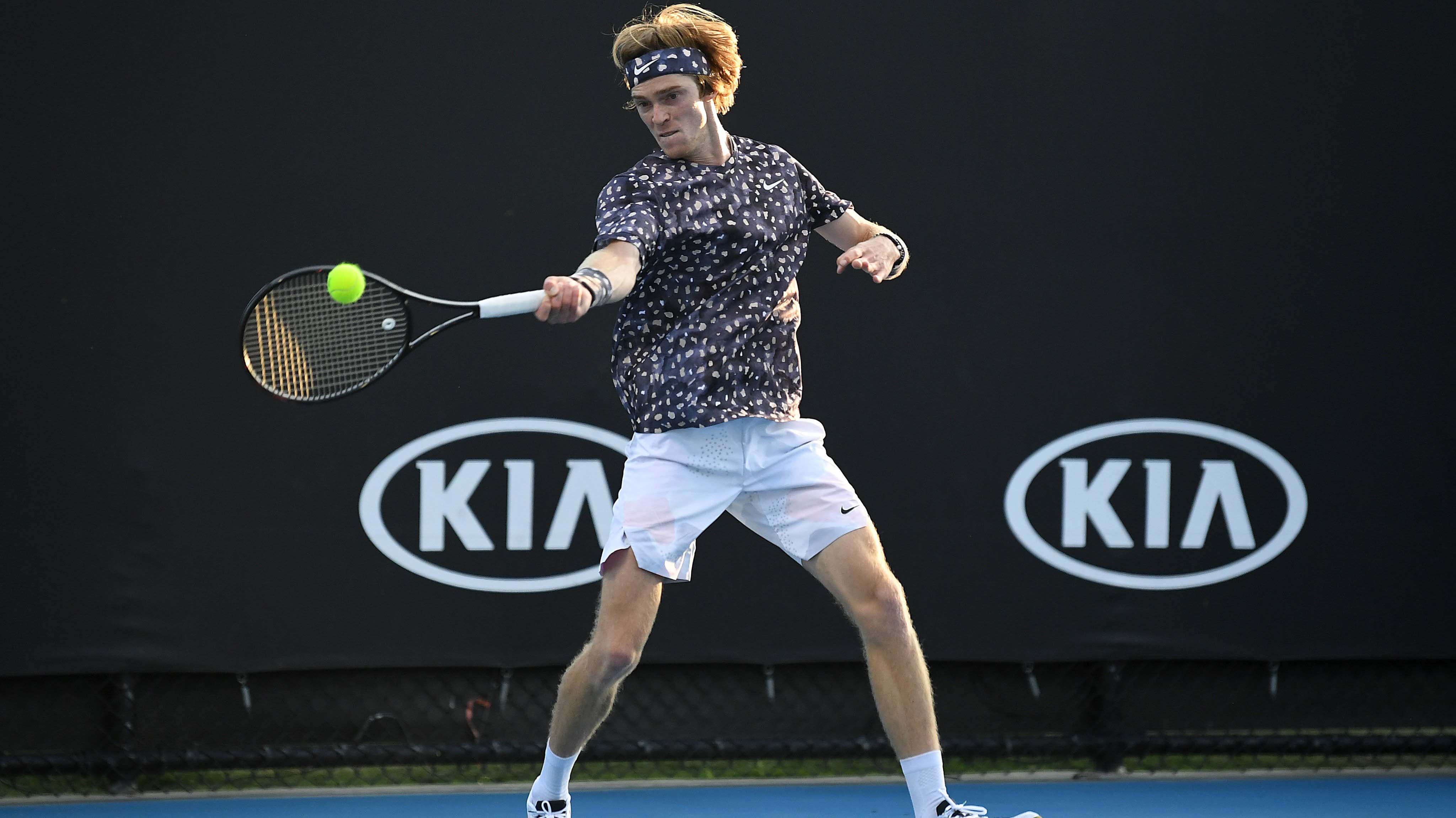 Russian Andrey Rublev extended his winning streak to 11-0 for the season after coming back from a set and a break down to defeat 11th seed David Goffin of Belgium 2-6, 7-6(3), 6-4, 7-6(5) in the third round of the Australian Open on Saturday.

The lanky 22-year-old arrived in Melbourne having won titles in Doha and Adelaide at the start of the season while he also won all four singles matches he contested at the season-ending Davis Cup Finals in November.

Rublev, currently at his career-high ranking of 16, had not lost a Tour-level match since Frenchman Jo-Wilfried Tsonga beat him in the first round at the Paris Masters in October.

But that 14-match winning streak appeared set to meet its end with Goffin serving for the second set at 5-4.

Rublev, however, got the set back on serve and did not look back from there on to reach the fourth round of the Australian Open for the first time.

With compatriots Karen Khachanov and Daniil Medvedev also bidding to reach the fourth round in Melbourne, Rublev hoped they could revive tennis to the glorious days the sport enjoyed in Russia during Marat Safin and Yevgeny Kafelnikov.

"Now only focus is to recover as fast as I can for the next matches. Now it`s more physical than mental," he said.

"These kinds of events like Grand Slams, you know how tough it is to play best-of-five sets."