Solari took over with Madrid floundering in ninth place last October but victory over Atletico helped his team leapfrog their city rivals to climb to second. 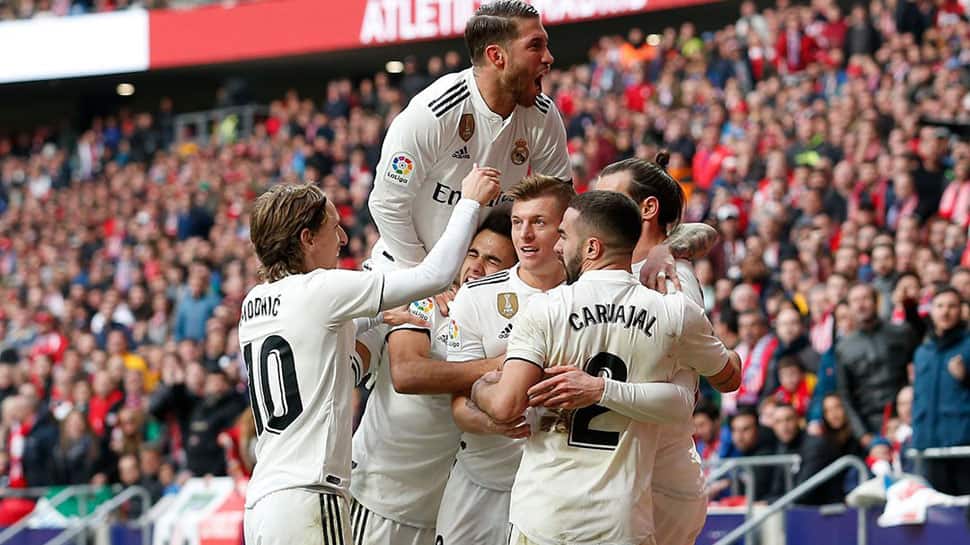 Real Madrid coach Santiago Solari was thrilled by his team`s 3-1 derby victory over Atletico Madrid on Saturday, as the European champions forced their way back into the La Liga title race.

Casemiro, Sergio Ramos and Gareth Bale`s goals allowed Real to condemn Atletico to their first home defeat of the season and move within five points of leaders Barcelona, who face Athletic Bilbao on Sunday.

Solari took over with Madrid floundering in ninth place last October but victory over Atletico helped his team leapfrog their city rivals to climb to second.

"It was a team performance, strong in every aspect, probably our best game since December," Solari told reporters.

"The key was the players as it always is, we`re all part of the team. The physicality, the delivery, the heart and the talent is all theirs, they deserve the credit."

Welsh winger Bale, who is finding it hard to earn a place in the starting line-up thanks to the form of Vinicius Junior and Lucas Vazquez, sealed the points for Madrid with a low drive, which was his 100th goal for the club after joining from Tottenham in 2013.

"He`s in phenomenal shape and came back into the dressing room delighted because of his goal," added Solari.

"The game was still alive and he killed it with his strike. Every game he improves."

Atletico coach Diego Simeone praised Real for their performance and admitted they deserved the three points as his team dropped to third.

"Our opponents were better than us and, above all, more effective," said Simeone.

"They had a very good game. I congratulate them and we`ll prepare ourselves for what`s ahead."