Liverpool defender Robertson said Scotland appeared scared after taking the lead at Hampden Park and then leaking goals either side of halftime. 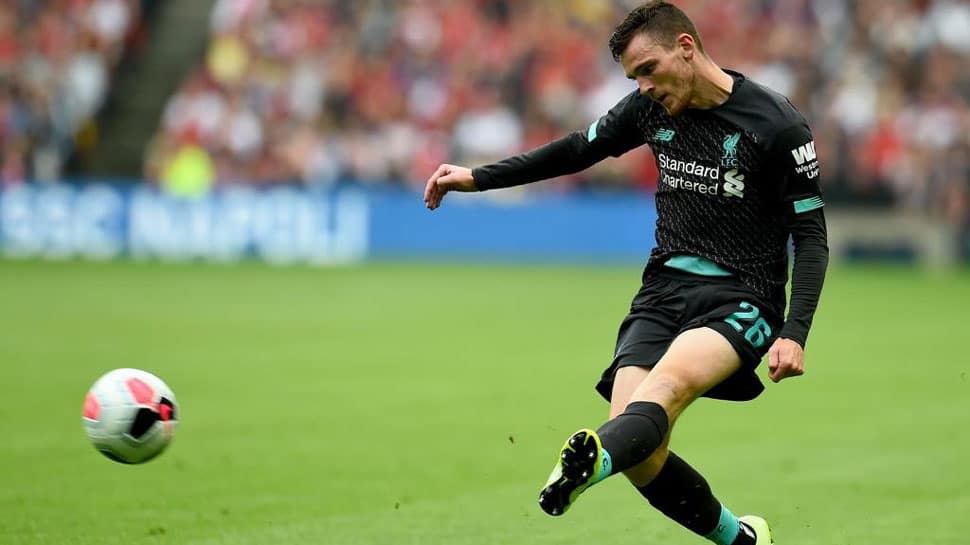 Scotland captain Andy Robertson delivered a withering verdict on their 2-1 Euro 2020 qualifying defeat by Russia on Friday which he said was one of the most disappointing of his career.

Liverpool defender Robertson said Scotland appeared scared after taking the lead at Hampden Park and then leaking goals either side of halftime.

The Scots are fourth in Group I, nine points adrift of leaders Belgium, who they play in Glasgow on Monday, six behind Russia and a point off Kazakhstan.

"(The defeat) was one of the most disappointing because of how much was on the line," said Robertson. "We had a chance to go level with them and that would have opened this group right up."

Referring to Scotland`s disappointing results over recent years, he added: "Russia are a very good team, so it`s probably not up there with the Georgia (1-0) and Kazakhstan (3-0) results or the Lithuania (1-1) draw at home - because they`re teams we should have been beating - but we knew how big this game was and we wanted the three points to open this group up and we didn`t take it."

It was Scotland`s first competitive home defeat since losing 3-2 to Germany four years ago.

"The worrying thing is how far we are behind Russia," added the 25-year-old left back.

"We started well, got the goal. And then it was as if the goal scared us, I`ve never seen anything like it. That needs to change because if we go into leads then it should be a positive not a negative."

"(I`m annoyed with) everything. My own performance, what I did and what the rest of the lads did. We believed we could have been the team to compete with them and now they`re six points clear."

"That`s going to be hard to get back but we need to try and unfortunately we have Belgium at home because there`s now no other option than to get a result. If we don`t get a result on Monday, I think it`s going to be verging on impossible to get through this group."

Scotland`s best hopes of qualifying for next year`s finals appear to be via the Nations League playoffs, with a semi-final place already secured.

Robertson said he understood why supporters were staying away from games, with just 32,433 at the 52,000-capacity Hampden Park. Nearly 21,000 more fans turned up for Scotland`s final rugby union World Cup warm-up in Edinburgh on Friday.

Playing against Qatar will not be easy: Indian football coach Igor Stimac