The imposing centre back, who is regarded among the best in European club football, was cautioned for a second time in three matches after conceding a penalty in Sunday`s 1-0 semi-final win over Tunisia in Cairo and will be suspended for the final. 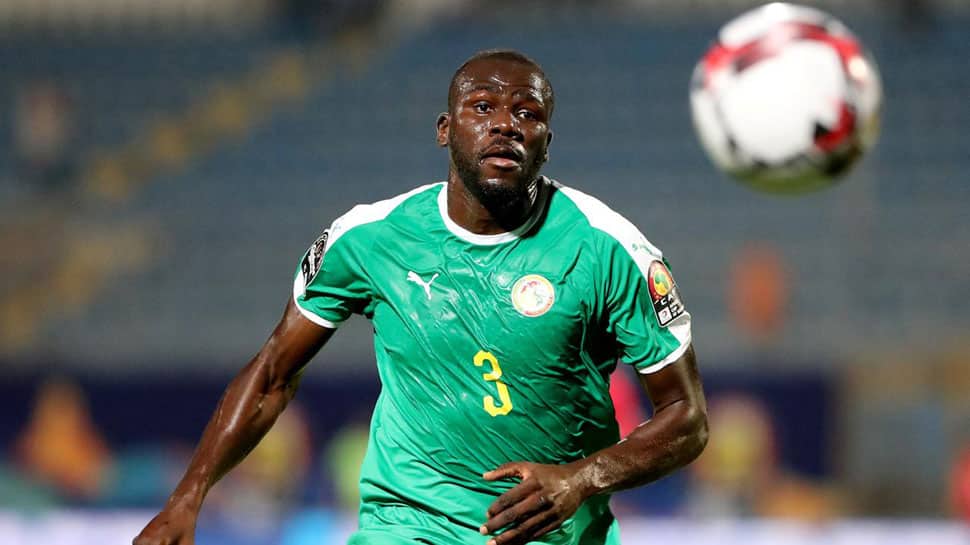 Senegal moved a step closer to a maiden Africa Cup of Nations title with their semi-final victory on Sunday but will be without key defender Kalidou Koulibaly against Algeria in Friday`s title decider.

The imposing centre back, who is regarded among the best in European club football, was cautioned for a second time in three matches after conceding a penalty in Sunday`s 1-0 semi-final win over Tunisia in Cairo and will be suspended for the final.

"It`s a shame we will be without Kalidou, he`s vital in this team, a player who gives us a lot. We will also be playing for him," midfielder Pape Alioune Ndiaye told reporters after the extra-time triumph at the 30 June Stadium.

Koulibaly, who plays in Serie A for Napoli, was struck on the elbow by a fearsome shot by Ferjani Sassi as he turned his back, attempting to get his body in the way of the shot.

It was utter bad luck for the 28-year-old but there would have been a measure of relief when Sassi then botched the subsequent spot kick.

Minutes later Senegal missed a penalty of their own and the game then went into extra time where a bizarre own goal from Dylan Bronn settled a match distinguished by the high number of fouls.

Senegal coach Aliou Cisse saw it differently after his side booked a place in the final for only the second time.

"The match was incredible, it will remain in the annals of African football," he told the post-match news conference."It`s the charm of football, this excitement. We cannot control anything at all."

It will be a second final for Cisse, who was captain when Senegal made their only previous appearance in 2002 to lose on penalties.

"There is pride at getting to the final. It had been 17 years since we got this far, since my generation in 2002," Cisse said.

"Our philosophy is to take a game at a time and try to play the best football to erase the disappointment of 2002. It`s a dream to win the title not only for me, but for all the Senegalese people."

"We are close to realising this dream that we could not achieve in 2002."