Ranieri, who was appointed one week after being fired by English Premier League side Fulham where he had been in charge for three months, appears to have leapt from the frying pan into the fire. 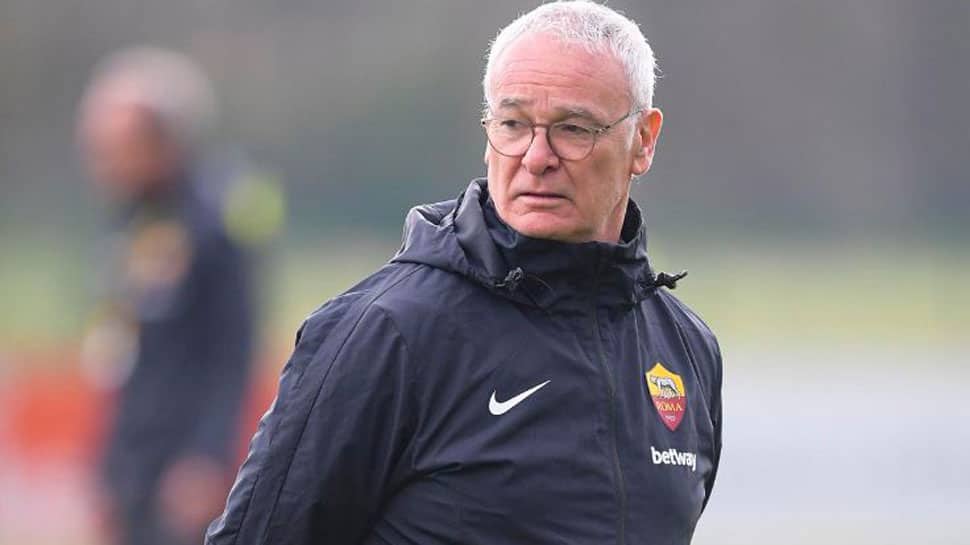 Claudio Ranieri`s AS Roma homecoming is quickly threatening to turn sour with the veteran coach facing a multitude of problems ahead of Sunday`s match against Napoli.

Ranieri, who was appointed one week after being fired by English Premier League side Fulham where he had been in charge for three months, appears to have leapt from the frying pan into the fire.

They are four points adrift of the top four where they must finish to qualify. Napoli are second with 60 points, 15 behind runaway leaders Juventus who host Empoli on Saturday.

Rome-born Ranieri, in his second stint in charge of the club where he also began his playing career, has inherited a team plagued by injuries and form problems and with an infuriating tendency to switch off during matches.

Having beaten Empoli in his first game, Ranieri`s side then lost 2-1 to SPAL, continuing a string of defeats against teams from the lower half of the table. Ranieri gave a withering assessment of the performance against SPAL.

"We need to be more determined, more of a team and also improve our tactics because we ran hard, but with no real reasoning and that`s not good enough," he said.

Italian media reported that tempers flared in the Roma dressing-room at halftime at SPAL with a furious row between strikers Stephan El Shaarawy and Edin Dzeko.

The club have not commented on the reports.

Roma go into Sunday`s match with injury problems, something which has been a feature of their season.

El Shaarawy and full back Alessandro Florenzi both left the Italy squad with calf problems during the international break and are unavailable while Daniele De Rossi, Lorenzo Pellegrini and Javier Pastore are doubtful.

La Repubblica newspaper calculated that Roma`s squad have suffered 40 muscular injuries between them this season.

There are also worries about the form of goalkeeper Robin Olsen after his performance in the 3-3 draw for Sweden against Norway on Tuesday, with suggestions that Ranieri could turn to Antonio Mirante.

Olsen`s long-term future at the club, after some unconvincing displays, is also in doubt.

Meanwhile, forward Diego Perotti denied comments by his father Hugo, a former player, about a possible return to Argentina to play for Boca Juniors.

"My father dropped me in it and I`m angry," Perotti told Tyc Sport in Argentina. "I still have two years of my contract to go and I`m not returning to Argentina at the moment."

Ranieri warned that the players were playing for their future at the club. "There`s a plan in place if Roma gets into the Champions League. If we don`t, quite a few of these guys could change clubs," he said.

"I can`t say if there will be a revolution if Roma doesn`t qualify for the Champions League, but if they don`t get the revenue from that competition something will inevitably have to change."