Chiellini flicked the ball home in the 21st minute after Parma failed to clear a corner properly to get the Turin side off to a winning start in their bid for a ninth successive title. 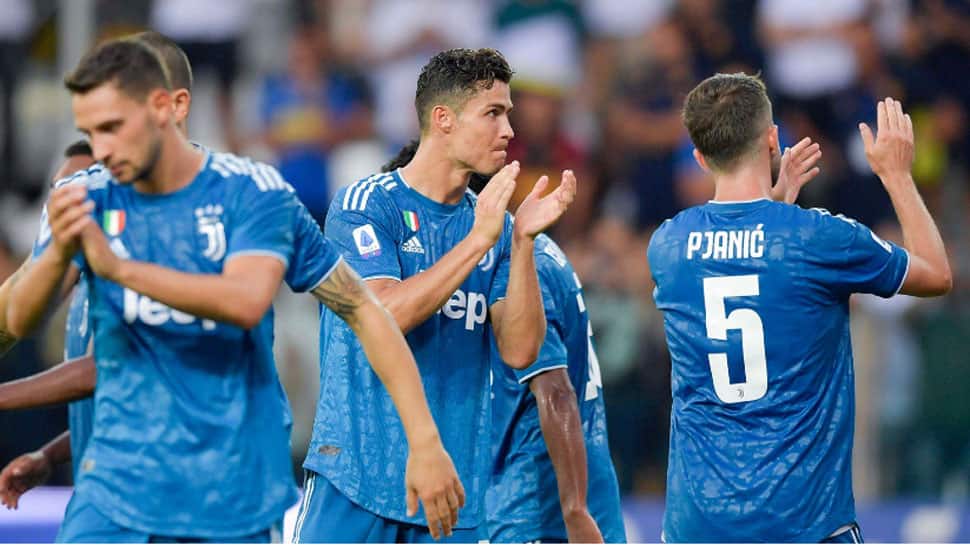 Juventus captain Giorgio Chiellini gave the titleholders a 1-0 win at Parma in the opening Serie A match of the new season on Saturday although they were without new coach Maurizio Sarri who is recovering from pneumonia.

Chiellini flicked the ball home in the 21st minute after Parma failed to clear a corner properly to get the Turin side off to a winning start in their bid for a ninth successive title.

Cristiano Ronaldo also had the ball in the net before halftime but his effort was ruled out after VAR showed that his shoulder was offside by a matter of millimetres when he collected Douglas Costa`s pass.

Ronaldo squandered other chances and saw two efforts saved by Parma goalkeeper Luigi Sepe on a frustrating afternoon for the five-times World Player of the Year.

Juventus assistant coach Giovanni Martusciello took charge of the team although Italian media said he was in constant contact with Sarri, who was diagnosed with pneumonia on Monday.

The titleholders featured none of their new signings although Gonzalo Higuain was given a surprise start after spending last season on loan at AC Milan and then Chelsea.

"The team played a great first half, moving around very well, we could have converted more chances but it was fine as it was," said Martusciello.

"I heard him before the game, at halftime and at the end of the game, clearly he was very happy for the result even though, being a perfectionist, he is perpetually angry if everything is not going exactly as he wants."

Ronaldo should have given Juventus a 12th-minute lead but sent his header over the bar after getting in front of his marker and thumped the ground in frustration.

Juve then had a let-off as goalkeeper Wojciech Szczesny made a reflex save from Roberto Inglese`s snapshot.

The visitors went ahead when Sepe punched clear a corner, Alex Sandro sent the ball straight back into the area and Chiellini turned it in with the goalkeeper out of his ground.

Juventus then began to produce some of the pinball passing which has become Sarri`s trademark and one incisive move ended with Ronaldo shooting wide.

The 34-year-old thought he had scored in the 36th minute but, after Juventus had completed their celebrations, the goal was chalked off for offside.

Sepe denied Ronaldo with a flying save in the second half while Parma went agonisingly close to a stoppage-time equaliser when Hernani`s free kick fizzed past Szczesny`s post.